I just finished Michael Caine’s latest book The Elephant to Hollywood recently and thought I'd share a couple of passages. The first deals with acting. The advice is directly applicable to trial lawyers like me. Too many lawyers "act like" someone instead of being totally authentic and genuine, but then, so do a lot of other people. Here's what he wrote.

As a young actor in rehearsal he was playing the role of a drunk. He says he came "rolling onto the stage 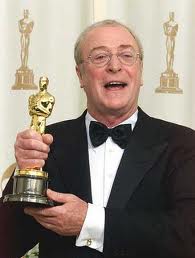 On another occasion at rehearsal he was on stage waiting for another actor to finish his lines before he responded with his lines when the same director held up his hand and said again "What do you think you are doing?" Caine said "Nothing" The director said "Exactly. You may not have any lines but you are on stage and you are listening to what is being said…You are as much a part of the action as the people speaking. Half of acting is listening and the other half is reacting to what’s been said."

A third time he had a scene where he had to cry and he thought it was going well when the director once again said "What do you think you are doing?" Caine said "crying." The director said "No you’re not. You are an actor trying to cry. A real man is someone who is desperately trying not to cry."

"Swifty" Lazar was the leading Hollywood agent and his social engagements were command performances. Once he invited Caine to dinner, but Caine told him  he already had arrangements to go to dinner with someone Caine named. Lazar looked at Caine with disappointment and said "Michael, he’s not a dinner. He’s a lunch."

I’m reading The Drunkard’s Walk – How Randomness Rules our Livesby Leonard Mlodinow. In one section of the book he talks about a number of successful publications that were first rejected numerous times. One was The Diary of a Young Girl by Anne Frank which sold 30 million copies making it one of the best selling books in history, but only after rejections by numerous publishers. George Orwell got many rejection letters for his famous Animal House because " it is impossible to sell animal stories in the U.S." John Grisham, who has written dozens of books, many of which have been into movies, first book A Time to Kill was rejected by twenty six publishers. Dr Seuss’s first book was 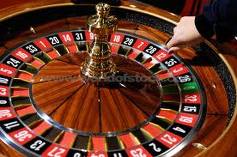 rejected by twenty seven publishers. John Kennedy Toole gave up after repeated rejections of his novel A confederacy of Dunces and committed suicide. His mother didn’t give up however, and finally got it published. It went on to win the Pulitzer Price for fiction and selling some two million copies. these are great illustrations about not giving up.

He also tells a fascinating story about a man who beat Monte Carlo. Joseph Jagger was an engineer and a mechanic in a cotton factory in Yorkshire in 1873  when he decided the roulette wheels produce random numbers only when in perfect balance. Otherwise particular numbers could be favored. So he decided to collect his savings and he traveled to Monte Carlo where he hired six assistants – one for each of the casino’s six roulette tables. Every day his assistants would write down the numbers that came up during twelve hours of play on each wheel. Every night Jagger analyzed the numbers. He found no consistency in five of the wheels, but with the sixth one the same nine numbers came up a lot more often than the others. He decided to go to casino and  and bet on the nine numbers. That night he was ahead $70,000 when the casino closed.

By the fourth day of betting he had accumulated $300,000 in winnings along with a whole lot of attention from other patrons as well as the casino owners. On the fifth day he started to lose. He soon had lost half of his winnings. He couldn't figure it out. Then he noticed that the wheel at the table he had been betting at all along was missing a small scratch which he had seen on the original wheel. He went around the casino examining the other wheels and until he found the one with a scratch at a different table. The casino owners had moved the wheel the night before. As soon as he began betting at the new table he began winning again and after several days had $500,000 in winnings. Then the pattern changed again and he began to lose. It turned out that the casino decided to move the supporting frets of the wheels each night after closing and switch them around. This caused different sequences of numbers to come up then Jagger’s list. Jagger gave up as he knew he had been beaten but when he left he had $325,000 with him which is $5 million in today’s dollars. He quit his job back home and invested in real estate.

Somehow I don't think the Las Vegas casinos have unbalanced wheels, but I enjoyed this story.