The February 4th issue of the National Catholic Reporter http://ncronline.org/ reveals that in a recently released correspondence, sent in 1984, the Vatican told the then Bishop of Tucson, Arizona that "under no conditions" are the personnel files of a priest accused of misconduct to be turned over to civil attorneys. The missive from the Vatican is being cited as further evidence of a Vatican policy against cooperation with police or 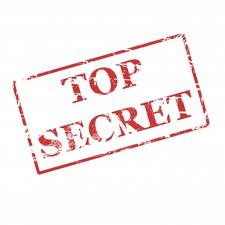 prosecutors. This is in addition to the disclosure of a 1997 Vatican letter expressing disagreement with "mandatory" reporting policies on sex abuse in Ireland. Last year a 2001 letter surfaced congratulating a French bishop for not reporting a priest to the authorities.

The NCR article by John L. Allen, Jr. suggests that "anyone who thinks these two letters are the end of the line is in denial" because "diocesan archives all over the world are undoubtedly stuffed with letters from Vatican officials advising bishops to protect the confidentiality of church records…"

The article says the Vatican strategy has been "the blame game" where the Vatican claims decisions to conceal abuse had been made by local bishops without any involvement by Rome. That was the perception in Ireland: that Rome was trying to dump the blame on the bishops. But, a documentary produced in Ireland, quotes one bishop as saying he believed the 1997 letter ordered him to cover up abuse evidence.

The Vatican’s response to some of the letters was that they were from a Columbian Cardinal, not the Vatican, who had sent the letters. But, this Cardinal was a prefect of the Congregation for Clergy & not some person far off in South America. The Vatican would like to paint him as a rogue Cardinal and make a scapegoat out of him, one acting apart from the official Vatican. The evidence is to the contrary

For centuries the culture of the institutional Church at all levels has been one of independence and apart from any govermental authority. It claimed the right of secrecy from all governmental interference and any duty of disclosure to the church members of it’s affairs. Transparency has been unheard of in the Church and contrary to the well being of the Church as a whole. Recent events have challenged that idea.

In fact, isn’t secrecy a corroding and damaging idea in any culture, government or society? Aren’t evil things always done in secret, if possible? Isn’t a huge part of the problems of our American government concealment and  secret actions behind closed doors? This is illustrated by the secret activities of the CIA and the Patriot Act as well as executive privilege. Our government claims national security privileges in court and stamps everything in sight with a "Secret" stamp.

There can be no accountability when the actions are hidden from public view. Throughout American history, it has been the media that has investigated and brought to light secret wrongful activities and the public reaction to them that has brought out change. When legal restrictions on anti trust laws were ignored, the independent media largely came under a handful of owners resulting in loss of reporting objectively.  In addition, the federal judiciary exposed hidden actions through court orders and required accountability, but this has been impacted by the attempt to pack the courts by appointments based upon political considerations. There are less means by which hidden and secret actions are exposed to public scrutiny as a result of these changes.

Whether the Catholic church, law enforcement, government or any aspect of society, the fact is that when actions are hidden from public view, when there are secret courts and activities immune from discovery, there will always be corruption and wrongdoing because there is no fear of being held accountable.