I’ve finished an excellent book The Flyboys – A True Story of Courage by James Bradley who also wrote Flags of Our Fathers, a best selling account of the battle in World War II in Iwo Jima. The Flyboys is about the war in the Pacific in World War II involving airplane warfare. While the entire book is of historical interested, I was very moved by the description of our bombing of Japan. The real horror of war is revealed in the description of how we dropped round after round of Napalm in Japan which 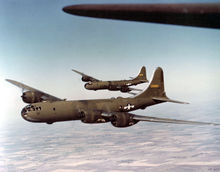 caused enormous out of control fires resulting in thousands of Japanese civilians being killed or burned to death. Bradley makes a case for the proposition that this was the right alternative to our having to invade the country where soldiers and civilians alike believed death was an honorable choice to the shame of surrender.

He begins with the history of Japanese culture which explains why the Japanese soldiers and even civilians considered death far more honorable then surrender. He explains that for 200 years Japan had been a closed country. My national law, a Japanese could not leave Japan, no outsider was allowed in and no information could be shared about the country under the sentence of death. Almost no maps and no books existed in the English-speaking world describing Japan. The Japanese word for foreign or is gaizin which means outside people. Not just outside of Japan but outside of the human race. The Japanese were taught that they were superior beings to all other people.

Eventually, Portuguese missionaries arrived in Japan in 1543 led by St. Francis Xavier and were allowed to stay. Over time they made over 300,000 converts. However, Japanese leaders became suspicious of their religion that required loyalty to one non-Japanese God contrary to the Buddhist teachings. All missionaries were ordered out of Japan and it became a closed society again until Japan began to expand its borders and influence. From childhood children were given a military education and instilled with the belief they must obey without question. Furthermore, they were taught it was shameful to surrender and even suicide was more honorable. Ultimately, Japan entered World War II when it bombed Pearl Harbor in 1941. Bradley describes the battle in the Pacific which went from island to island from the perspective of air power. He describes America's goal of bombing Japan itself.

In fact, shortly after Pearl Harbor President Roosevelt send a carrier with B-25's close enough to Japan that they were able to take off from the carrier and fly to Tokyo where bombs were dropped. While this was an amazing feat which undermined Japanese morale it was not possible to continue it on a regular basis. It wasn’t until after the capture of Iwo Jima and it's vital air field that we were close enough to Japan so  we could make regular flights to drop bombs.

It took the B-29 to accomplish the bombing of  Japan. This superplane was the biggest, longest, widest, heaviest, fastest and longest flying airplane in history. It’s for propellers were each 16 feet long. It 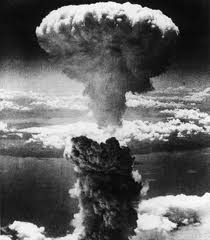 could carry 10 tons of bombs and still fly 357 mph, remaining airborne for more than 16 hours. Other planes required bulky clothes and oxygen mass in the cold at 30,000 feet but this plane had pressurized crew quarters so airmen could work comfortably in regular clothes. The B-29s cost $600,000 each.

It was General Curtis LeMay who figured out the best way to run the first bombing mission. American bomber crews were used to seeing flak coming at them at 30,000 feet. But, LeMay reasoned that the Japanese did not have anti-aircraft guns with ranges 3,000 to 10,000 feet. He decided to send in his planes at that level. It turned out LeMay had been correct. The Japanese built antiaircraft fire that did not cover between 5,000 and 10,000 feet which was the altitude the bombers came in at. The Japanese assumed no enemy pilot would be dumb enough to fly at that altitude.

LeMay commanded some 334 bombers costing $600,000 to make the first run with the planes loaded with 3,334,000 pounds of deadly Napalm.The planes dropped 8,519 bombs weighing 500 pounds each. The bombs opened at 2000 feet above Tokyo and released a total of 496,000 individual 6.2 pound cylinders containing the flammable Napalm. The individual cylinders floated down slowly with little parachutes and then burst into flames. The flames quickly spread destroying structures primarily made of wood and paper. The fire on the ground was so hot that superheated vapors knocked unconscious victims even before flames reached them. The temperatures reached 1800̊F. Any napalm coming in contact with a human stuck to them. The fires destroyed oxygen for breathing. The flames traveled fast and far. The result was the largest single human death toll in war history. The death toll would surpass the atom bombing of Nagasaki and only Hiroshima would see slightly more dead.

In short, we burned  a large part of the major areas of Japan before we dropped the atom bomb. Bradley says that even after it was clear the war could not be won and the destruction was widespread  in Japan, Japanese military leaders and the Emperor concluded Japan should be defended  until the death of all. He argues the dropping of the atom bombs saved thousands of American lives which would have been lost in an invasion.

I don't know if that is true or not, but I am impressed with the fact that the people of Japan recovered as they did from utter destruction of their land. I have the same hope they will be able to recover from the effects of the damage of the earthquake in this time.