Baseball great Harmon Killebrew died this month at age 74. Twincities.com has an interview with Hall of Fame member Harmon Killebrew's son Ken talking about the family gathering at his dad's Scottsdale home the night before he died. He said all of the family and children were there. They played a DVD of the David 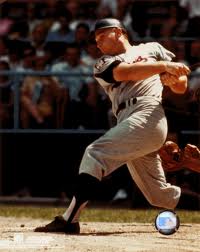 Letterman's show called "Harmon Killebrew night." Letterman dedicated the entire February 1986 Letterman show to him after he had been bumped as an invited guest when Bette Midler took his place instead. Letterman felt so bad about it he created an entire show for Killebrew to make up for it.

Ken told about a 1971 Minnesota Twins game he attended and an unique coincidence. I don't know of any other instance in which a son as fan in the stands  caught his professional baseball father's home run.

What happened was that 13 year old Ken was in the left field bleachers because the children were not allowed sugar, cake, candy. The food at home was healthy and the parents strict. Ken was in the left field bleachers because he was eating malts and hot dogs because he didn't think anyone would see him or report him to his dad. That's when his dad hit his 498th career home run which he drove into the bleachers in left field. Ken Killebrew saw it coming and caught it barehanded. He said he still had the ball.