Back in March of 2010 I wrote about William A. Clark and his daughter Huguette. It was a strange story: https://paulluverajournalonline.com/weblog/2010/03/multimillionare-william-a-clark-and-his-daughter-huguette.html Her father was a millionare and she inherited his money and then lived until age 104 after living as a recluse. She died this week and

Bill Dedman of MSNBC has done a great job of describing this unique woman and her money http://www.msnbc.msn.com/id/39006900/ns/business-huguette_clark_mystery

she inherited one of the great mining fortunes of the 19th century and was the mysterious copper heiress who died just two weeks short of her 105rh birthday after living her life out of the public eye. Her father 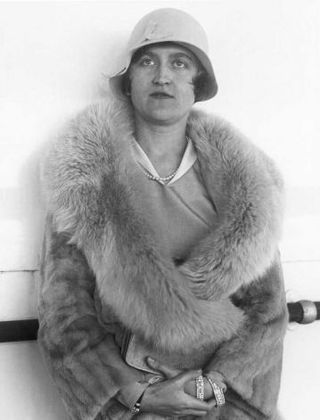 (1839 – 1925) made his fortune in copper mining in Montana and Arizona which he invested in railroads, newspapers and real estate plus many other investments. He was a man of scandal who once said "I never bought a man who wasn't for sale" and while in the U.S. Senate disclosed he had secretly married a 26 year old and had 2 year old daughter. A second daughter Huguette was born in 1906.

Huguette grew up in high society and when her father died received $7,500 a month (or $1.2 million in today's dollar). This was the roaring twenties when the average cost of a house was $7800 and you could buy a Rolls Royce for $13,450. When she reached twenty one she received 1/5 of the estate which was about $300 million or $3.6 Billion in today's dollar.

She married at twenty two and seprated soon after. After the divorce she lived with her mother in New York. She became recluse from the world. She owned three homes. One in santa Barbara along the ocean worth $100 million, a country estate in Connneticut listed at $23 million and a large apartment in New York on Fifth Avenue with 42 rooms valued at $100 million. The estates were maintained and staffed, but she never visited them.

In September of this year herhalf nieces and nephews unsuccessfully tried to have a guardian appointed for her claiming her attorney and accountant had mismanged her estate.