My sister Phyllis died at her daughter Mary Davis's house in Bellingham on January 7, 2013.  She was a retired school teacher, but was a great deal more than that suggests. I have previously written about Phyllis and my sister Anita and how extraordinary they both were. https://paulluverajournalonline.com/weblog/2008/07/phyllis-ennes-2008-anacortes-patron-of-the-arts.html

She was born in Anacortes January 29, 1928 where she graduated from high school with honors. She

She received the award of Patron of the Arts for her community contributions to the arts. She also served on the Anacortes Arts  and Crafts Festival Board where she was secretary and Children's Program 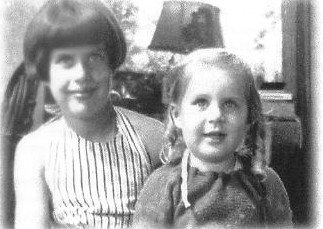 She was involved in the Anacortes Public Library Art Committee and Foundation as well as Anacortes Youth Arts. She served as a judge for the school district art show and volunteered at the Skagit River Poetry Festival to show students how to bind books by hand.

She was a writer of poertry, short stories and family history. At time of her death she was completing a book about our father, Paul Luvera. She has published other books and materials about our family and has preserved family momentos and history as well as donated much of this to the Anacortes Historical Museum.

Those are the historical facts, but they don't reflect that this was a very bright and decent human being who raised equally impressive daughters as a single mother while making extraordinary contributions to the arts and the community. She was the older sister we went to for advise as  children. She was the person who was there for mother and dad as they grew older. She was the child dad looked to as a leader of the three of us and mother looked to when she needed something. It was Anita and Phyllis who ended up with the care of our parents when they grew older and mother was in a nursing home because they both lived in Anacortes.

Her health had gotten worse as she grew older and she was eventually unable to drive a car. She needed in home care and her three daughters willingly assumed the responsibility. They were the ones who talked a reluctant mother into to moving to Mary and her husband Jeff's house a  littler before christmas in Bellingham where they cared for her with hospice assistance. All three daughters gave her loving care until she died on January 7th.

it's fitting that her daughters plan a memorial for Phyllis at the Anacortes Library since she loved books and was such a strong supporter. May she rest in peace.