On Friday I was scheduled to have lunch with Mount Vernon attorney friends at the Chucknut Manor in Bow. It's a long drive so I wanted to start out early to be on time. However, I managed to run against a curb while at the ATM in Gig Harbor before I got on the freeway. I had a flat tire. I drove across he street to the Chevron service station at 7102 Stinson Avenue (Maritime Mart) in Gig Harbor where I buy all my gasoline, which we do frequently given our Seattle commute. I parked my new Mercedes SUV in a corner of their empty parking  lot at 9:00 am. I went inside and talked to an Asian man behind the counter. I explained I 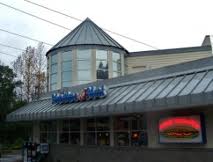 had a flat and pointed out where I had parked. I said my wife and I were regular customers for many years. I explained I was on my way to a lunch meeting several hours drive from here. I pointed out someone would fix the flat but the car might be there until early afternoon. I asked if it was OK to leave it until then since I couldn't drive it with a flat. I told  him it would not be there longer than early afternoon and that my wife would take  care of  it.

He was totally unhelpful. He refused insisting only 2 hours  parking was allowed or it would be towed away. I did my best  to plead  my case but I've had better luck with Republican jurors. He wouldn't hear of it and finally told me to talk to the woman working in the eating area. Since she was only a few feet away I assume she had heard the conversation, but when I asked  her for permission she  asked me why I was asking her. I said because the  other gentleman had told me to.  She  looked at the other man and then said the car could only be there two hours. I told her I didn't understand why it would be a problem to leave it for a few hours probably not more than 3 or 4 hours. She claimed the space was needed for trucks. It's a large empty lot so I offered to move it to a remote corner. She said no, there were liability problems leaving it more than two hours. I left.  It made no sense at all given all the parking room available, the emergency situation  and fact both Lita and I have been filling our cars at that station for some fifteen years.

I decided to cancel the lunch and called Lita to drive from home while I called vehicle assistance. When she got there and I explained what had happened, she was generous enough  to offer to let me  take her car and she would wait for vehicle assist since we weren't being allowed to leave the car. I accepted her offer and drove off in her car. She had to wait for an hour and a half to get the spare put on to leave the parking lot with in the time limit. Thanks  to Lita I  arrived on time in spite of the heavy fog all the way. I was glad to see old friends  and had an enjoyable time.