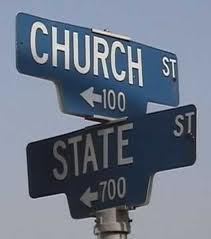 American system. I have been vocal about my objection to the American bishops attempt to dictate political outcomes in America by religious influence and intimidation. I have suggested that those bishops and other Christian religions who fail to observe separation of church and state should have their tax exemption removed. See for example,                        https://paulluverajournalonline.com/weblog/2012/10/more-un-christ-like-bishops.html.html

Columnist Leonard Pitts has expressed his viewpoint on this general subject in an article where he wrote the following:

"Organized religion, Christianity in particular, is on the decline, and it has no one to blame but itself; it traded moral authority for political power.  To put it another way: the Christian Bible contains numerous exhortations to serve those who are wretched and poor, to anger slowly and forgive promptly, to walk through this life in humility and faith.  The word "Republican"  does not appear in the book.Not once.

Yet somehow in the last 30 years, people of faith were hustled and hoodwinked into regarding the GOP platform as a lost gospel.  Somehow low taxes for the wealthy and the deregulation of industry became the very message of Christ.  Somehow, hostility to science, gays, Muslims and immigrants became the very meaning of faith, and somehow Christianity became – or at least, came to seem – a wholly owned subsidy of the Republican Party."

To brother Pitts I say "Amen"!