Well, I've collected some notes from different things I've read so I've decided to share them with you as a random ideas for  whatever benefit you might get from them. Here they are.

Wisdom from The Movies

Jimmy Stewart played the role of Elwood P Dowd in the 1950 movie, Harvey. Elwood offered up this 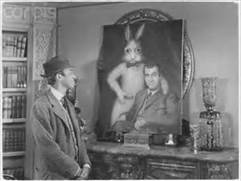 Tom Hanks, playing the role of Forrest Gump,  in the 1994 movie offered this advice: "My mamma always said, Life is like a box of chocolates. You never know what you are  going to get."

Abraham Lincoln's son Robert, was in a crowd on a railroad platform in Jersey City in 1864 when he was pressed against cars of the train by all the people. The train suddenly began to move. A stranger reached out and grabbed Lincoln by his coat collar pulling him to safety from death or serious injury. The stranger turned out to be Edwin Booth who was, at the time, one of America's greatest actors. Lincoln recognized him and thanked him,but Booth had no idea who young Lincoln was. A year later Booth's brother, John Wilkes Booth shot young Robert's father, President Abraham Lincoln at Ford's Theater on Good Friday, April 14, 1865.

Dr. Dyer is a well known motivational speaker who has written numerous books. One of them "The Power  of Intention" has this to offer about ourselves. He writes about how we define ourselves:

"I am what I have. My possessions define me. I am what I do. My achievements define me. I am what others think of me. My reputation defines me." He argues that these are false definitions of who you really are or should be. He suggests we need overcome the need for more possessions and more of everything with contentment with what we have or actually need. Nor should our lives be driven by the need for more achievement. He argues that we should not let what others think of us become a measurement of who we really are.

He offers advice for what he calls "overcoming ego's hold on you." In part these include:

(1)    Stop being offended because it leads to attack, counter attack and war.

(2)    Let go of your need to win. The need to win divides everything into winners and losers. The opposite of winning is not losing. There is an attitude and state of contentment without having to win every argument and competition.

(4)    Let go of the need to be superior. The need of the ego to be better than other people is a source of conflict and peace of mind.