Today's post has no real purpose except to publish some notes I've made while reading before I lose them. Nothing profound here, but some are interesting or amusing perhaps. Here are a few of the notes:

"I married beneath me – all women do." Lady Nancy Astor

If you have wondered where the expression "crossing the Rubicon," referring to decisions of great significance originated, it's from Roman history. Julius Caesar made his military reputation with his campaigns in Gaul and became a popular hero. However, back in Rome the leader Pompey became opposed to his ambitions and persuaded the Senate to tell Caesar to disband his armies. Caesar refused. The river Rubicon separated the providence he and his armies were in from Italy. To cross it 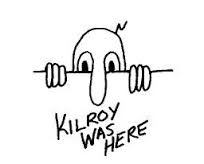 would be considered an invasion and would lead to war. After considering his options Cesar crossed the Rubicon and this was the start of the civil war.  Caesar defeated Pompei and he spent some time in Alexandria with Cleopatra who bore him a son. It was after his defeat of Pharnaces he uttered the famous report pf the battle: "Veni, vidi,vici"  - I came. I saw. I conquered," a model of brevity. He returned to Rome as a dictator, but was assassinated on the Ides of March (March 15th) by a group led by Brutus and Cassius. In the play Julius Caesar William Shakespeare wrote the famous lines for  Mark Antony: "Friends, Romans, countrymen, lend me your ears…"

Churchill was the genius orator and master of words. "I have never accepted  what many people have kindly said, namely that I inspired the nation. It was the nation and the races all around the globe  that had the Lion heart. I had the luck to be called upon to give the roar." Winston Churchill on his 80th birthday  November  1954.

"I don't know the key to success, but the key to failure is trying to please everybody." Bill Cosby

"Many a man who owes his success to his first wife and his second wife to his success." Red Buttons

"We can't all be heroes. Somebody has to sit on the curb and clap as they go by." Will Rogers

"Success is when you are personally satisfied with what you accomplished. Fame is when others see you as successful for reasons that may or may not meet your standards. Bella S. Abzug

"Really, the writer doesn't want success. He knows he has a short span of life, that the day will come when he must pass through the wall of oblivion, and he wants to leave a scratch on that wall  – Kilroy was here – that somebody, hundred, or thousand years later will.  William Faulkner For you too young to remember or know, the phrase "Kilroy was  here" became popular during WW II usually in graffiti and it's orgins are unknown. GI's in the 1940 wrote it on walls and places throughout Europe.

"Do not insult the mother alligator until after you have crossed the river."  Haitian proverb

"Parker's Law:  beauty is only skin deep, but ugly  goes clear to the bone."

"The doctor can bury his mistakes, but an architect can only advise his client to plant vines."  Frank  Lloyd Wright

"The breakfast of champions is not cereal. it's the opposition."  Nick Seitz

"Forgive your enemies, but never forget their names."  John  Kennedy

"I don't care what is written about me  so long as it is not true."  Dorothy Parker

Sometimes when I look at my children I say to myself, 'Lillian  you should have stayed a virgin.'"  Lillian Carter  mother of President  Jimmy Carter

" I have a simple philosophy. Fill what is empty.Empty what is full. Scratch where it itches."  Alice  Roosevelt  Longworth  daughter of Teddy Roosevelt.