Religion is always a controversial subject. The traditional advice of "never discuss politics or religion" is based upon sound historical experience. However, with religious terrorism so much in the news and being carried out around the world, it is difficult to avoid the subject. ISIS and their war to create a world of their Islamic beliefs is a classic example of the belief that one's own religious ideas represent the only true religion which all people must agree to follow. 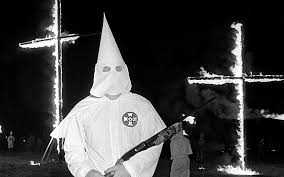 The major religions of the world include Buddhism, Christianity, Confucianism, Hinduism, Islam, Judaism, Shinto, Sikhism and Taoism among others. A common characteristic of most major religions is the  belief that it is the one true religion. Some teach there is no salvation for who are not their followers. With the fervor of religious zealots there exists many who believe that it is their divine calling to convert everyone else to their religious beliefs. Terrorists are simply those who have carried it to the point of violence and involuntary conversion. Some religious zealots chose a form of genocide against those who do not believe as they do as we have witnessed on the national news where religious terrorists in the name of Allah kill nonbelievers.

I bring this up because of  what I recently read about the right to one's own beliefs written by William Barclay (1907 – 1978). Barclay was a famous Scottish biblical scholar and a brilliant writer who taught at the University of Glasgow for 28 years. What I read was  what Barclay wrote about tolerance and what he described as "a lesson that nearly everyone needs to learn."  I agreed with what he wrote and a summary of what he wrote was this (with apology for his sexist language of that time):

Around the world and in this country we seem to have developed a broad intolerance of other people's opinions, political viewpoints and religious beliefs. It has become all too commonplace  for people to believe that they are empowered in some way with the right to force other people to agree with their views or to be able to prevent them from  expressing contrary viewpoints. We seem to no longer be willing to engage in civil conversational discussions of differing viewpoints without employing tactics of personal attack, both verbal and physical and even government imposed silence under threat of punishment.

It's OK to disagree with others. As I listen to some of the Republican candidates for president I am reminded of Richard Hawkins, the biologist and famous atheist statement about Stephen Gould: "his genius for getting things wrong matched the eloquence with which he did so."  However, I, like most rational Americans, recognize the right of everyone, including politicians, to be wrong . Or, perhaps better said, the right to say what one thinks without fear of reprisal or punishment. China has recently arrested, tried and convicted a leading lawyer representing dissidents. His conviction means that he has lost his license to represent people in the future or to speak on their behalf and therefore has been silenced. China didn't like what he had to say so they refused to let him say it anymore. Religious terrorists don't like religions not their own so they make violence on those who don't agree with them. In America, we have religious groups who believe we should have laws that impose their religious ideas on everyone else. We have in this country, extremists who bomb Planned Parenthood facilities, Islamic and Jewish religious facilities as  well as our own problem of violence.

The world needs tolerance in general and religious freedom in particular including non-belief. Let's remember the second greatest commandment  of the founder of Christianity: love of  neighbor.