Someone has said that free advice is not always worth the price, but I am not intimidated because when you are as old as I am you stop worrying about what other people think. Dr. Daniel Amen MD has a "18/40/60 Rule" which is: At age 18 we are worried about what everybody is thinking of us. At 40 we stop caring what other people think of us because we think we are pretty special. Then, by age 60, we finally realize that nobody has been thinking about 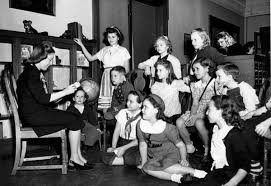 us at all, because they have been too busy thinking about themselves. So, here it is: free advice and some favorite anecdotes of mine without any particular purpose or lessons.

First, the advice. Let's start with my favorite cause: simplicity. Why do we talk far too much & bore people, make everything too complicated and otherwise have trouble of making things short and simple? Muhhamad Yunus has said "Things are never as complicated as they seem. It is only our arrogance that prompts us to find complicated answers to simple problems." Pete Seeger was right when he said: "Any darn fool can make something complex; it takes  a genius to make something complex, simple." Albert Einstein had the most accurate observation about simplicity "If you can't explain it simply, you don't understand it well enough." That's plenty of advice for today. Now for anecdotes.

William Jennings Bryan was a presidential candidate on three occasions in the 1800s. He was famous for his "Cross of Gold" speech which he gave on hundreds of occasions. On one of his campaigns he was speaking to a group of farmers and climbed up on a manure spreader in order to be seen by the crowd. He began by saying: "this is the first time I have ever spoken from a Republican platform."

Winston  Churchill's daughter Sarah was married to a music hall entertainer that Churchill did not like. He once was asked in conversation which person he admired the most  and he answered: "Mussolini because "he had the courage to have his son-in-law shot."  Mussolini had ordered his son-in-law shot because of his acts of betrayal when he thought the war was lost.

John Curran was an Irish lawyer in the 1700s who was known for his quick wit. It is reported that while arguing to the appellate court one of the judges had a dog which he care occasionally brought into the court room with him. During Curran's argument the judge bent down and begin to pet the dog. Curran stopped talking. The judge looked up and inquired about the reason. Curran responded "I beg pardon, my Lord, I thought your lordships were in consultation."

Clarence Darrow the famous criminal trial lawyer once had a client who at the end of the consultation asked: "how can I ever show my appreciation Mr. Darrow?" To which Darrow replied: "Ever since the Phoenician's invented money there has been only one answer to that question."

The great William Gladstone was Prime Minister in the 1800s on four occasions. Benjamin Disraeli was a conservative statesman who later became a Prime Minister. A woman who had had a dinner in the company of Gladstone, later was  at a dinner with Disraeli in the group. When she was asked about her impression of these two celebrated men she is reported to have said: "when I left the dining room after sitting next to Mr. Gladstone I thought he was the cleverest man in England. But, after sitting next to Mr. Disraeli I thought I was the cleverest woman in England." That reminds me of the classical times of Greece when it is said that as Cicero would finish speaking the people would clap and shout about how well he spoke, but when Demosthenes had finished speaking they said "let us March."

in 1973  Sen. Sam Ervin was the chairman of the Watergate committee involving President Richard Nixon. He was a great storyteller. On one occasion at the hearing, seeing all the lawyers, he said he was reminded of the story of the stranger who arrived at the local inn one cold winter night. He found around the only stove a lot of lawyers who were there for a court hearing the next morning and were not moving to let him get close. Finally the stranger said that he had had a dream about hell the night before. One of the lawyers asked him "what did you find there?" The stranger answered "the same thing I've found here. You couldn't get close to the fire because of all the lawyers."

When justice all over Wendell Holmes was 87 he was walking with another elderly friend when a pretty young girl passed them. Holmes said to his friend "Oh, to be 70 again!"

Jefferson was the chief author of the Declaration of Independence and the third president of the United States. Following the Revolutionary war he was sent to France as an ambassador following Benjamin Franklin's role in that capacity. When he arrived to represent the country in France in 1785 he went to pay his respects to the French minister for foreign affairs who said to him "you are replacing Monsieur Franklin?" To which Jefferson replied "I succeed him. No one can replace them."

And, finally, here's my favorite anecdote about our stereotyping people by appearance. Wellington Koo  was a Chinese statesman and an ambassador who in 1921 was attending a conference banquet and was seated next to a young woman who was ill at ease not knowing anything about him. After some time she tried to begin a conversation by saying "likee soupee?" Koo cided to simply nod and continue eating his soup. At the end of the meal he was introduced and gave a talk in perfect English. Afterwards as he sat down he turned to the young woman and said "likee speechee?"