Humorist Garrison Keillor says on his popular radio show, Prairie Home Companion, “Well, that’s the news from Lake Wobegon, where all the women are strong, all the men are good-looking, and all the children are above average.” Well, this is the report from Gig Harbor, with extracts from some books I read that have no particular purpose then they caught my interest.

The U.S. Constitution: And Fascinating Facts About It by Terry L. Jordan

A huge man for his day, Washington stood 6'3'," tall with enormous hands. Washington had pockmarked skin as a result of a teenage case of smallpox, and a 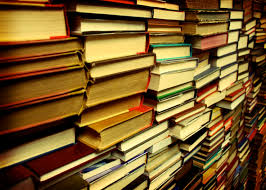 shy disposition that was the result of a domineering mother. Twice he proposed to women, and twice he was rejected. He finally married Martha Curtis, the richest widow in Virginia. He had lost almost all his teeth by the time he was president, leaving him with badly sunken cheeks that were stuffed with cotton for portraits. Contrary to popular belief, George Washington never had wooden teeth! His teeth were made mostly of lead fitted with human, cattle, and hippopotamus teeth. Some were carved from elephant and walrus tusks.

Madison was a soft-spoken and tiny man-about 5'4" and less than 100 pounds. Even his nickname was diminutive: "Jemmy." He was too small to serve in the Revolutionary War, and turned to politics instead. Madison, "the Father of the Constitution"-the most important legal document in modern history-never received a law degree. Even in his forties, Madison was a lonely and single man. That changed when Aaron Burr introduced him to Dolley Todd. The couple married when Madison was 43, and never had children. Dolley Madison earned a place in history when she stole away from the White House with crucial government documents and a portrait of George Washington as the British stormed the capital during the War of 1812. Madison outlived all of the other Founding Fathers. He died at the age of eighty-five in June 1836.

Jefferson was renowned for being a terrible public speaker due to a speech impediment, although he is certainly regarded as one of the most gifted writers ever to hold the office of the presidency. He alone wrote the first draft of the Declaration of Independence

John Peers observed, “You can’t lead a cavalry charge if you think you look funny on a horse.” Self-conscious people are rarely good leaders. They focus on themselves, worrying how they look, what others think, whether they are liked. They can’t give power to others because they feel that they have no power themselves. And you can’t give what you don’t have

When the Air Hits Your Brain: Tales from Neurosurgery by Frank Vertosick Jr.

Do No Harm: Stories of Life, Death, and Brain Surgery by Henry Marsh

A famous English surgeon once remarked that a surgeon has to have nerves of steel, the heart of a lion and the hands of a woman

You Are the Universe: Discovering Your Cosmic Self and Why It Matters by Deepak Chopra

There are four fundamental forces in nature, consisting of gravity, electromagnetism, and the strong and weak nuclear forces,

Creation is very big. The universe appears potentially to extend 46 billion light-years as far as the eye, or the telescope, can see. This is how far light has traveled since the big bang.

Most of it, 96 percent or so, is “dark” and therefore unseen and unknown. But at least we have a credible inventory of the cosmos, as produced by NASA’s Wilkinson Microwave Probe (WMAP): 4.6 percent regular matter, 24 percent dark matter, and 71.4 percent dark energy. Most of the universe is at the very least quite exotic. Quite a black box indeed.

Out of the 118 elements found, only 6 make up 97 percent of the human body: carbon, hydrogen, oxygen, nitrogen, phosphorus, and sulfur.

Years ago, it had occurred to me that Darwin and Nietzsche agreed on one thing: the defining characteristic of the organism is striving.

In medicine, this is known as the WICOS problem: Who Is the Captain Of the Ship?

Life at the Dakota: New York's Most Unusual Address by Stephen Birmingham

Noise of hammering and electric saws might be disturbing the elderly Browning, so Segal rang the Brownings’ bell, and when Miss Adele answered it Segal offered a lengthy apology for the noise. When he had finished, Miss Adele cupped her hand to her ear and said, “What?”

Once, when Heckeroth wanted Lee to help him measure the depth of a well, Lee told him not to bother with the old knotted string and weight device. Lee boasted he would merely drop a pebble and could tell by its acceleration the exact depth of the well. Heckeroth was astonished when Lee’s measurement proved to be exactly what Heckeroth’s string registered. He never knew Lee had measured the depth the night before.

But Enough About Me: A Memoir by Burt Reynolds, Jon Winoku

The Global Code: How a New Culture of Universal Values is Reshaping Business and Marketing by Clotaire Rapaille

Prime Minister Pierre Trudeau had the right idea when he said that “there’s no place for the state in the bedroom.

We know that the reptilian always wins, that the emotional level is always full of tensions and contradictions, but the cortex

Millennials: Don’t Speak, Please, Texting Only! The code for communication is text. Millennials have a clear preference for how they want to use their technology. First, they want to text. It is simple and efficient; they can see when people receive their texts and how long it takes for them to answer. They also can correct and change their texts before they send them, not for spelling and grammar.

One thought on “MY BOOK REPORT FROM GIG HARBOR”