Between 1776 and 1788 Edward Gibbon, an English historian, published six volumes The History of the Decline and Fall of the Roman Empire. He discussed the reasons for the collapse of the Roman Empire and some bear a clear resemblance to the United States today. These include Gibbon's pointing to Rome's  (1) over economic spending and debt (2) over-expansion and military overspending (3) government corruption, political instability and political incompetence (4) economic disparity resulting in a divide between the rich and the poor and (5) the loss of traditional values which corrupted politics and caused the political system to become unstable.

What about the U.S?. As to military spending, since the end of World War II in 1945, the United States has been involved in armed conflict almost constantly, 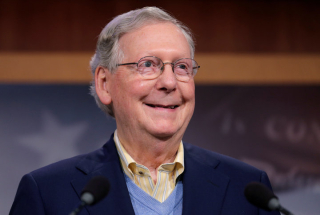 including such places as Korea, Vietnam, Granada, Libya, Panama, Iraq, Afghanistan, El Salvador and Iraq. American involvement in the war in Afghanistan began in 2001 and continues today. The war in Iraq began in 2003 and we still are involved there today as well as numerous other places around the world. In 2011 the United States spent 20% of the federal budget on military defense. Global military spending in the United States accounted for 37% of the total global spending around the world in 2013. That’s more than it spends on Medicare. It is a substantial reason for the ballooning national debt which is about $14.3 trillion. Thanks to George Bush and his vice president Dick Cheney we were involved  in a war we should never have started in Iraq driving our military spending off the charts.

Another factor in Rome’s decline was financial difference between rich and poor with the end of a middle class. What about America? Historians who have researched the matter have concluded that financial inequality in America is worse than in ancient Rome. At its zenith they estimate that Rome’s top 1% of society controlled 16% of the wealth. But, that’s less than half of what America’s top 1% control. For wealthy Romans, at that time, life was good. They lived in beautiful houses often on the hills outside of Rome away from the noise and smell of the city. They enjoyed extravagant lifestyles with luxurious furnishings surrounded by servants and slaves. Poorer Romans, however, sweated out in the city. They lived in shabby, squalid houses. Economic times were hard that some even abandoned newborn babies in the streets hoping someone else would take care of them. To distract them the wealthy provided popular entertainment of the time such as chariot races and gladiators fighting for their life. What about America? According to the Pew Institute, the gap between the upper and lower incomes is the biggest in the thirty years the federal government has been collection statistics. Big corporations, banks and the super rich control much of our modern political affairs. The rich do get richer, while the poor get poorer.

Over spending and the national debt? A functioning democractic government with mutual concern  for the public welfare? I don’t think it takes a scholar or historian to observe that the situation in America politically today is not healthy and resembles the historical situation in Rome. After inheriting large surpluses from President Bill Clinton in 2001, the GOP spent eight years not paying for their new spending on wars and other expenditures while increasing the national debt and at the same time dramatically reducing taxes required to pay for it while all the time claiming worry over the national debt and blaming Democrats. When we look at today’s political and governmental situation, it is clear our national crises is worse by far. The Republican blocking of any Democratic legislation and judicial appointments during the entire administration of President Obama has been replaced by its refusal to allow any participation by the Democratic members of Congress.

The problems of Washington politics are illustrated by the Republican Senate passing a massive tax bill at 3 AM in the morning. A bill which no member of either party had read because it hadn’t been fully transcribed and printed. A bill without any debate or discussion. Why? Not for the good of the American people. It was purely political self-interest of the Republican politicians. Why? it was passed only in order that the Republican members of Congress can brag they finally passed a bill while they run for reelection. Not only that, leadership admits it is also a step towards reduction of medicare, social security and other programs Republicans have targeted.

Don’t respond by pointing out “both parties do the same thing” because we know “two wrongs, don’t make a right.” Even if you believe Democrats are as bad, the fact is that Republicans are responsible for the disaster of Washington D.C. What it does mean is that the system is broken and politically corrupt. It means that if we really want to “make America great again” we need to end the hypocrisy, lies and half-truths of politicians including the president. It means that we need to appoint cabinet members who truly are dedicated to carrying out the purpose of the agencies they are leading rather than people with a personal political agenda to destroy the agency. It means that we need to appoint judges who are truly objective and balanced instead of ones who use their office to advance personal political or moral agendas. It means that we need to once again have a functioning political democracy in which both parties discuss, debate and consider legislation. The alternative is one more step backwards that at its best means a broken America and at its worst pushes us in the direction of the reasons for the fall of the Roman Empire.

I am confident that little will change for the better so long as we have a president whose primary, if not exclusive concern is himself and a leader of the senate and house who employ political hypocrisy as a communication skill. It starts with congressional leadership and the example of the president. And, yes, I include the minority Democratic leaders of the house and senate as well. Let's make America politically functional again for the welfare of all of us.