I was amazed to read that a conservative political analyst and commentator, Mona Charen, was loudly booed at the Conservative Political Action Conference (CPAC) in March of this year. This is the largest annual gathering of conservatives. She surprised those in attendance when she criticized President Trump for his sexual misconduct and for the hypocrisy of the the GOP as well as evangelicals in failing to condemn his conduct even though they were quick to condemn others for the same conduct.

She is a Senior Fellow at the Ethics and Public Policy Center and was on a panel discussing feminism when she told the audience: 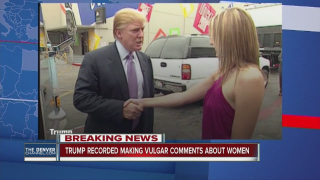 I’m going to twist this around a bit and say that I’m disappointed in people on our side for being hypocrites about sexual harassers and abusers of women who are in our party, who are sitting in the White House, who brag about their extramarital affairs, who brag about mistreating women. And because he happens to have an "R"  after his name, we look the other way. We don’t complain. This is a party that was ready to endorse — the Republican party endorsed — Roy Moore for the Senate in the state of Alabama even though he was a credibly accused child molester. You cannot claim that you stand for women and put up with that.”

In the face of the audience’s continuing booing, she nevertheless went on to point out:

“The worst example of party loyalty is when a sexual predator’s bad behavior is brushed away, rationalized, overlooked, or worse: acknowledged as being rooted in truth, or altogether true but dismissed anyway because supporting the party trumps everything else – especially when an election is involved. And even if the opponent is as morally pure as driven snow, it is better to have an accused sexual predator in office than one from across the aisle.”

She went on to question why the CPAC would invite a far-right French politician, Marion Marechal-Le Pen. The audience reaction to her remarks was serious enough she had to be escorted out of the building by security guards.

When interviewed afterwards, Charen said she knew it would be a hostile audience. She said:

“I’d been dreading it for days, but when it came, I almost welcomed it. There is nothing more freeing than telling the truth. And it must be done, again and again, by those of us who refuse to be absorbed into this brainless, sinister, clownish thing called Trumpism, by those of us who refuse to overlook the fools, frauds and fascists attempting to glide along in his slipstream into respectability.

I spoke to a hostile audience for the sake of every person who has watched this spectacle of mendacity in disbelief and misery for the past two years. Just hearing the words, you know are true can serve as ballast, steadying your mind when so much seems unreal.”

She had also posted her thoughts about the issue. She said in the post she:

At least 16 women have accused the president of inappropriate behavior ranging from sexual harassment to sexual assault over the years. Those accusations have gained new attention in the "#MeToo" movement aimed at exposing sexual misconduct. In October of 2016 the New York Times published an editorial entitled “The Heavenly Heights of Evangelical Hypocrisy” which captures the moral dishonesty of religious groups refusing to acknowledge immoral sexual misconduct of their political leaders because of the leader’s political support of causes they identify with. That kind of moral dishonesty is the essence of believing “the ends justify the means.” The idea that if a goal is important enough, any method of achieving it is acceptable. But electing to look the other way in the face of moral wrongdoing, isn’t morally justified in any legitimate religion. It is a particularly grossly immoral viewpoint for evangelical Christians or for any Christian.