The first year of President Donald 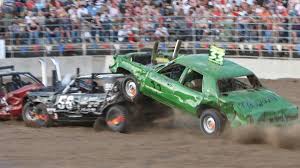 Trump's White House has seen more firings, resignations, and reassignments of top staffers than any other first-year administration in modern history. His Cabinet turnover exceeds that of any other administration in the last 100 years. It has a remarkable similarity to a demolition derby with lots of noise, chaos and damage everywhere. Only, in this case, it is political chaos and human damage debris.

One of his earlier more high profile firings was that of FBI director James Comey. The more recent resignations include Hope Hicks, his communications director and John Dowd, his lawyer in connection with the Russia investigation. His recent firings include Deputy FBI director Andrew McCabe, who was fired 26 hours before he would have been entitled to his pension and National Security Adviser Lt. Gen. H.R. McMaster. President Trump fired Secretary of State Rex W. Tillerson by Twitter while Tillerson was flying back from overseas from a  diplomatic mission and wasn't aware of it until arriving back in the United States.

According to the Washington Post, here's a list of other appointees who have either been fired or dropped out of sight after their selection by President Trump:

It is one thing for a new CEO or corporate head to replace existing executives with those he or she feels will lead the company in a better direction. Here, however, that is not what happened. Almost all of the people on the "missing in action" list were personally selected and originally strongly endorsed by President Trump himself. Furthermore, he assured the American people it was done without the assistance, advice or input from advisers due to his self described skills in selecting the right people for the job. However, when he decided his selected appointees had failed to fully acquiesce to the President's views or directives they quickly fell out of favor and were promptly gone. Most served a shockingly brief period of time before they were fired or forced out of their appointed position. It doesn't take a political expert to know that significant and frequent turnover of people from an organization is not a reflection on those who leave. It is a reflection on those that selected them in the first place and the working conditions. It tells us a substantial amount about the competence of the leader who selected them originally. Here, it provides disturbing information about our elected Commander in Chief.