We have had a recent history of tragic mass shootings. Here are a few of the more deadly attacks. 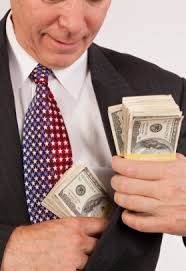 Before the recent Florida school killing, the Pew Research Center reported that Republicans and Democrats find rare common ground on some gun policy proposals. Both parties continue to favor preventing people with mental illnesses from buying guns, barring gun purchases by people on federal no-fly or watch lists, and background checks for private gun sales and sales at gun shows. Polling also shows that 70% of Americans favor stricter laws on the sale of assault weapons. That includes 87%  of Democrats and 52% of Republicans.

The New York Times reports that universal background checks for gun buyers has overwhelming support of 97% including gun owners. There is a 67% margin in favor of a ban on the sale of assault weapons as well as a 83% backing for mandatory waiting periods for gun purchases.

So, how do we explain the fact that Congress has steadfastly refused to make any significant changes in our laws regarding the ability to buy and possess firearms? In spite of public support for some proposed changes, Congress hasn't moved. The question really isn't so much the extent to which changes in gun laws would prevent killing as it is why even modest changes are refused by members of Congress. The answer is money. $5,122,000 was spent by the National Rifle Association in lobbying in 2017. Millions have been contributed to members of Congress by the NRA.

Other members of Congress who accepted large amounts of money from the NRA included:

It's one thing to argue about what impact specific legal changes would have on mass killings and gun violence in America. It's quite another to refuse to pass any laws whatsoever because the legislator has been paid off by the NRA. It's legal bribery. Until we pass campaign finance laws that are meaningful we will continue to have our legislatures bought by the rich and the powerful in order to keep their political jobs.