My tolerance and ability to think rationally about our Washington DC political situation is being tested daily by the continuous news about Donald. Consequently, I'm writing about something else or more accurately any thing else. I've decided some very light subjects are in order. So let's begin with another president. Andrew Johnson was the vice president under Abraham Lincoln who was notorious for two particularly noteworthy events. The first was when he took the oath of office for vice president on March 4, 1865 he had been drinking. Glassy eye and smelling of whiskey, he gave a rambling speech and appeared to be intoxicated. Then he kissed the Bible and staggered away. One Senator said “he disgraced himself and the Senate by making a drunken foolish speech.” However, Johnson claimed he had been drinking to offset the pain of typhoid fever. 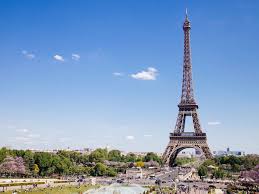 Then on April 14th that same year, Abraham Lincoln was shot and mortally wounded by John Wilkes Booth, a Confederate sympathizer while Lincoln was watching a play at Ford’s Theater. As vice president, Johnson assumed the position of president of the United States. However, there followed two attempts to remove him from office. The first was in 1867  when the House Judiciary committee produced a bill of impeachment listing numerous complaints against him. A two thirds vote was required and the formal vote of 57 – 108  was not enough to remove him from office.

Johnson notified Congress in 1868 he had removed Edwin Stanton as Secretary of War in spite of the fact Congress had passed a bill specifically protecting Stanton from being fired. But, Johnson had vetoed the bill and said it was unconstitutional. As a result a second vote of impeachment against him took place. There were three votes in the Senate. On all three occasions 35 Senators voted “guilty” and 19 voted “not guilty.” The required two thirds votes were not obtained and Johnson remained in office.

On the other hand, it should be remembered It was during Johnson’s administration the Alaska was purchased from Russia in 1867. While the idea and work for this purchase is credited to Seward as Secretary of State, it required Johnson’s approval. Some 586,000 square miles of territory – twice the area of Texas – was purchased for $7,200,000. At the time the purchase was mocked as “Seward’s Icebox” and “Johnson’s polar bear garden.”

And, while trying to avoid the subject of lies and liars, history has an accounting of one of the great hoaxes of all times. In May of 1925 five of the most successful scrap metal dealers were invited to a confidential meeting with the deputy director general of the Ministry of Post Telegraphs at one of the most luxurious hotels in Paris. They met with the director general himself, a Monsieur Lustig. The director told them this was an urgent matter requiring complete secrecy. The government is going to have to tear down the Eiffel Tower because it was desperately in need of repairs and was only intended as a temporary structure for the exposition of 1889 plus its maintenance costs had soared over the years. Rather than spending millions to fix it, he explained,  the government had decided to demolish and remove it. He invited them to bid on the value of the scrap metal from the Eiffel Tower. Several days later after the bids had been received, one of the five was notified that his bid was the winner. He was told to   come to the suite at the hotel with a certified check for Fr.250,000 (the equivalent today of about $1 million dollars). The dealer decided to go there with a check but was beginning to have doubts. After he arrived, the director began to complain about his personal financial status. The dealer understood that the official was looking for a bribe. That convinced the dealer that this was a genuine deal. So he paid the Director several thousand francs as a bribe and delivered the certified check to him as well. In return, the Director turned over to the dealer an impressive looking bill of sale from France and signed by the Director.

Over the next few days the dealer waited for the promised correspondence from the government which never arrived., He began to realize something was not right. In a panic, he contacted officials at the government, only to learn there was no Deputy Director and there were no plans to dismantle the Eiffel Tower. It was a hoax of monumental proportions. (I'm not going to add, like that of our current government because that would be political ranting which I'm avoiding as you can see)

One thought on “ANYTHING BUT TRUMP NEWS”