I read things that strike me as interesting and save them for reasons I am not fully sure about. I have no message for you from them, but here’s a collection of a few of them.

In the Television series The Kominsky Method, staring Michael Douglas and Alan Arkin, Arkin’s character delivers a talk about his wife at her funeral. It is beautiful and a total summary of my feelings about my wife Lita. Here’s what he says:

"Dear Eileen. We have been husband-and-wife for 46 years. In all that time, I have never not been in love with you. I’ve been angry with you, confused by you, even hurt by you, but never not in love.

You were the woman I was looking for, ever since I started looking. Beautiful, smart, funny, strong, willing to sleep with me, eventually. If something good happened to me at work, it wasn’t real until I shared it with you. If something bad happened, it was only tolerable because I had you to complain to. If I heard a funny joke, my first thought was, “I cannot wait to tell you Eileen.” Then I would get to hear you laugh, or you would roll your eyes and tell me the joke was a stinker, and we would both laugh.

I honestly do not know how to carry on without you, but I will because you told me to, in no uncertain terms. Wonderful Quotes • There are three kinds of lies: lies, damned lies and Republican claims about healthcare." 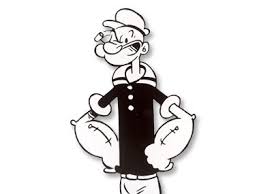 "One, perhaps even two conceivably, but eight – I just can't believe it."

Barrister cross examining Mandy Rice Davies in the Porfumo – Keeler sex scandal asked her if she was fully aware that Lord Astor had denied having sex with her as she claimed? She shot back "He would, wouldn’t't he?"

A 1949 movie about post World War II Vienna, The Third Man, stars Joseph Cotten & Orson Welles, At one point Well’s character says: “Don’t be so gloomy. After all it’s not that awful. Like the fella says, and Italy for 30 years, under the Borgias they had warfare, terror, murder and bloodshed, but they produced Michelangelo, Leonardo da Vinci and the Renaissance. In Switzerland, they had brotherly love – dad 500 years of democracy and peace, and what did they produce? The cuckoo clock.”

A 1959 movie, North by Northwest about is a 1959 film about an advertising executive who is mistaken for a spy and is pursued across the country while he looks for a way to survive. At one point he says: “Ah, Maggie, in the world of advertising, there's no such thing as a lie. There's only the expedient exaggeration. You ought to know that.”

There Seems to be an Epidemic

It strikes me we have a Dunning Kruger Effect epidemic in this administration. The Dunning Kruger effect refers to a phenomenon which leads incompetent people to overestimate their ability because they are unable to grasp how much they don’t know.

• The Superman radio program began with the announcer saying: “"Faster than a speeding bullet! More powerful than a locomotive! Able to leap tall buildings at a single bound!" Which recalls the lyrics of a song by Jim Croce: You don't tug on Superman's cape You don't spit into the wind You don't pull the mask off that old Lone Ranger And you don't mess around with Jim

• The Shadow broadcast began with: “Who knows what evil lurks in the heart of men? The Shadow knows!”

• The Lone Ranger began with: "Hi-Yo, Silver! A fiery horse with the speed of light, a cloud of dust and a hearty ‘Hi-Yo Silver'… The Lone Ranger! With his faithful Indian companion, Tonto, the daring and resourceful masked rider of the plains led the fight for law and order in the early Western United States. Nowhere in the pages of history can one find a greater champion of justice. Return with us now to those thrilling days of yesteryear. From out of the past come the thundering hoof-beats of the great horse Silver. The Lone Ranger rides again!"

• As to old time comic strips I was always curious about the long-ago comic Popeye who used to say: "I yam what I yam and that's all what I yam." — Popeye the Sailor. That’s because Paul says in Corinthians 15:10 But by the grace of God I am what I am”

So, there you are. A partial selection of miscellaneous trivia I have collected. I don’t know that you benefited from my sharing these but perhaps you were entertained somewhat.