“Two men went up to the temple to pray, one a Pharisee and the other a tax collector. The Pharisee stood by himself and prayed: ‘God, I thank you that I am not like other people—robbers, evildoers, adulterers—or even like this tax collector. I fast twice a week and give a tenth of all I get.’ “But the tax collector stood at a distance. He would not even look up to heaven, but beat his breast and said, ‘God, have mercy on me, a sinner.’ 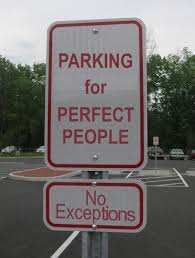 2. Bishop Thomas Paprocki’s issued a decree in June 2019 that prohibits Catholics in "same-sex 'marriage' " from receiving Communion. The decree bars Catholics in same-sex marriages from receiving Communion as well as from receiving “ecclesiastical funeral rites,” unless they show signs of repentance before death. In Rome Cardinal Raymond Burke and German Cardinal Walter Brandmüller have reaffirmed their opposition to the possibility of the Catholic Church allowing divorced and remarried persons to receive Communion.

3. There is a harsh new criminal law in Brunei which includes death by stoning for sex between men or for adultery, and amputation of limbs for theft went into effect on Wednesday, despite an international outcry from other countries, rights groups, celebrities and students. It is based on the Quran and other writings, though interpretations of Shariah can vary widely.

WHAT DOES SCRIPTURE SAY?

“When they kept on questioning him, he straightened up and said to them, “Let any one of you who is without sin be the first to throw a stone at her.” Again he stooped down and wrote on the ground.”  John 8:7

“Do not judge, or you too will be judged.  For in the same way you judge others, you will be judged, and with the measure you use, it will be measured to you.  “Why do you look at the speck of sawdust in your brother’s eye and pay no attention to the plank in your own eye?  How can you say to your brother, ‘Let me take the speck out of your eye,’ when all the time there is a plank in your own eye? You hypocrite, first take the plank out of your own eye, and then you will see clearly to remove the speck from your brother’s eye. Luke 6:37-42

“There is only one Lawgiver and Judge, the one who is able to save and destroy. But you—who are you to judge your neighbor? Romans 2:1

"For with the judgment you pronounce you will be judged, and with the measure you use it will be measured to you. Matthew 7:2

"The only thing different in sinners and saints
One is forgiven and the other one ain't."