Our best Christmas wishes to each of you, your families and those with whom you have special relationships.

To my friends who celebrate a significant religious holiday: Hanukkah Sameach or Happy Hanukkah. Hanukkah 2019 will begin in the evening December 22 and end in the evening of Monday December 30th. The Jewish celebration of Hanukkah or Chanukah is an eight-day, wintertime “festival of lights,” celebrated 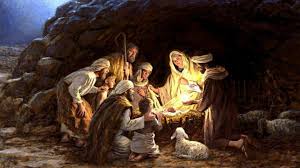 with a nightly menorah lighting, special prayers and gatherings. The Hanukkah menorah, is a nine-branched candelabrum lit during the eight day holiday of Hanukkah as opposed to the seven branched Menorah used in the ancient Temple. It celebrates driving the Greeks out of the Holy Land and reclaiming the temple in Jerusalem in the second century B.C. In celebration the Temple’s Menorah was lit.

There is so much anger, hate and violence in our world we should all be praying for peace and the gift of respect for others. So much of the violence in the world is carried out in the belief it is what God wants. Terrorists who injure and kill claiming they are carrying out God's will are found all over the world. In our country we have adopted a political relationship among the people of anger, unwillingness to have calm discussion and even the approval of political violence. We have seen a dramatic increase in gun violence becoming all too common. Our leaders have found no real solution to homelessness, hunger or drug addiction while spending millions of dollars. Government's traditional role of providing education, health care, transportation and security no longer can be counted upon. Big corporations have become even more powerful and the rich multiply while the 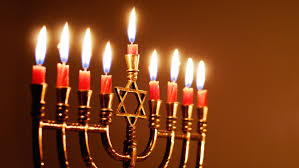 poor struggle. The important balance of power relying upon independent executive, congressional and judicial branches exercising control over excesses of the other branches of government has been virtually destroyed. The important role of the federal judiciary, appointed for life, in monitoring the state judicial system and federal governmental actions has been deliberately corrupted by appointing judges with a political agenda. The constitution intended an objective and fair minded judiciary with no personal agenda instead of political judges. Worse, rather then shock and outrage over this corruption of power, the people with the same agenda encourage and approve of it. The historical mix of people with different ethic backgrounds, color, religion and political viewpoint has been replaced with a subtle, but real, political agenda of white, male supremacy. The big picture is discouraging and the real concern is the lack of a clear solution to it any of it.

Christmas, for the Christian, is a time to reflect on all of this. For Christians our moral obligation is clear: "One of them, an expert in the law, tested him with this question:  “Teacher, which is the greatest commandment in the Law?” Jesus replied: “‘Love the Lord your God with all your heart and with all your soul and with all your mind.’ This is the first and greatest commandment. And the second is like it: ‘Love your neighbor as yourself.’ All the Law and the Prophets hang on these two commandments.” Matt 22. We see love of fellow beings demonstrated by good people around the world. Dorothy Day, who died in 1980 at age 83,  dedicated her life to providing for the homeless and feeding the poor. Mother Teresa, a nun in India was famous for devoting her life to lepers, the homeless and orphans. She lived in the slums of Calcutta and died in 1997 at age 87. These are two of the hundreds of thousands of less known people of all races and religions who have cared for their fellow human beings as acts of love. We should all pray for more people to adopt the rule of love of fellow person as well as a time when truth, honesty and moral conduct becomes the norm for our country and the world.

Merry Christmas and a holy New Year to all.