My sister Phyllis Luvera Ennes died on January 7, 2013. She was the oldest of the three Luvera children, Anita Mayer and I as the youngest. For my previous post about Phyllis see  https://paulluverajournalonline.com/weblog/2013/01/phyllis-luvera-ennes-1928-2013.htm  Born to Paul and Mary Luvera in Anacortes January 29, 1928,  she graduated from Anacortes High School in 1946 with honors and attended the University of Washington where she obtained a degree in English and in 1953 a teaching certificate from Western Washington University. She completed a Master of Science degree from Montana State University where she taught before eventually moving back to Anacortes. She was married to Charles Ennes  was in the military and the two of them lived around the world while was in the military. They moved to Bozeman after his retirement.  She had three gifted daughters, Mary, Martha & Dorothy. She retired from teaching in 1992. 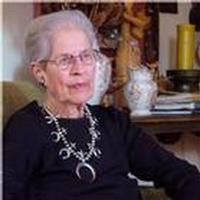 Her community achievements were numerous and significant. She received the award of Patron of the Arts for her community contributions to the arts. She also served on the Anacortes Arts  and Crafts Festival Board where she was secretary and Children’s Program Coordinator.  She was involved in the Anacortes Public Library Art Committee and Foundation as well as Anacortes Youth Arts. She served as a judge for the school district art show and volunteered at the Skagit River Poetry Festival to show students how to bind books by hand. The Skagit River Poetry Foundation conducts the annual Phyllis L. Ennes Poetry Contest.

She was a writer of poetry, short stories and family history.  She wrote a book of our mother, Mary Luvera, recipes and was editing a book about our father, Paul Luvera at the time of her death.  She has published other books and materials about our family and has preserved family mementos and history as well as donated much of this to the Anacortes Historical Museum.

Those are the historical facts, but they don’t reflect that this was a very bright and decent human being who raised equally impressive daughters while making extraordinary contributions to the arts and the community. She was the older sister we went to for advice as  children. She was the person who was there with sister Anita for mother and dad as they grew older. She was the child dad looked to as a leader of the three of us and mother looked to when she needed something. She was an impressive and unique woman. May she rest in peace.