I fully agree everyone has the right to the opinion Donald Trump's actions don't justify removal from office through impeachment. However, everyone should be also obligated to comply with the law and are also obligated to tell the truth. Politicians like everyone else have a duty to make logical arguments and not rely upon groundless excuses in support of their opinion.

When the House was conducting it's investigation, Donald Trump and his Republican supporters called it a "Kangaroo court" and a hoax which they said was anything but a fair tribunal. Trump refused to follow the law by complying with subpoenas for witnesses and documents. Instead, he ordered the documents to be concealed from the subpoenas and directed witnesses to refuse to testify. As a result, important relevant information was denied the House investigation. There was a total stonewalling by the president to protect himself from exposure of any wrong doing. He kept insisting he was waiting for the trial in the senate where he would get a "fair hearing" and when he would fully cooperate. Once the trial began in the senate, however, he changed his tune. Now, he and his lawyers insisted they wanted the case immediately dismissed on the grounds there was insufficient 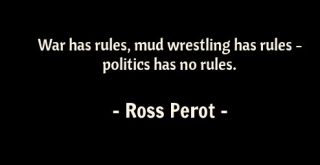 evidence for removal because of a lack of evidence. Yes, that same evidence he had ordered concealed and had refused to provide the House because he said they were waiting for the trial in the senate.

In fact, the Trump administration and the republicans have shifted from one set of excuses to another.  Their excuses include one of the more illogical excuses which the Wall Street Journal recently adopted  in an editorial which attacked the House managers for asking the senate to subpoena the missing and concealed documents and relevant witnesses. The paper labeled their request for witnesses and documents “more than a little disingenuous” because it claimed it was the House’s fault for failing to go to court over the Trump stonewalling refusal to cooperate.

That rationalization is not only disingenuous but preposterous. The House did subpoena witnesses and demand documents but were denied access by president Trump. The witnesses and documents were not obtained because he ordered the witnesses not to appear or testify and directed that the agencies and persons holding documents to refuse to produce them. They weren't obtained because the Trump administration obstinately disobeyed the rules and comply with the subpoenas. When the trial of the impeachment began, the House managers asked the Senate to obtain the documents with their Senate power but so far the senate under Moscow Mitch has refused and ordered the trial to go ahead without the missing evidence. What's preposterous is that the Trump supporters have taken advantage of this situation to now argue the case should be dismissed because of lack of evidence. By that, they mean the evidence president Trump has been hiding and which the senate won't order produced. It is analogous to filing a lawsuit and having the defendant just refuse to follow the rules of discovery and blatantly refuse to provide key, relevant documents and witnesses under their exclusive control. At trial, to then take advantage of their wrongdoing by arguing the case must  now be dismissed for lack of the evidence they are illegally concealing.

The Republican senators have now listened to the opening argument of Trump's lawyers and have gone on television to say that the charges against him have no merit because not one witness has testified who actually spoke directly with Trump or heard first hand. Amazing! And, why is this the case? Because Trump has ordered the witnesses who did hear him and were present, to refuse to testify. How can any honest, rational person base an argument on the failure to produce testimony when the reason is they have been compelled not to testify?

In addition, these same Republican senators were the ones saying the case had no merit before the hearings began, then hypocritically took the oath to fairly try the case when they had already announced they had made up their mind. Now, before the trial is over, they again announce their mind is made up. Their oath and basic justice requires jurors to not make up their mind until all of the evidence has been presented and full discussion. Yet, these hypocritical foot soldiers of Donald Trump have no hesitation in falsely taking an oath as well as ignoring their sworn duty of fair judgment.

if you want to see evidence of one of the most grievous of the hypocritical senators, see this: https://youtu.be/knMIXTTVKx4

In view of the absurd illogical suggestion and the compelling reasons for production  of witness testimony and documents now being concealed, the Senate should reject their “Wizard of Oz” plea to  “Pay no attention to that man behind the curtain” and issue the subpoenas.

What is the senate and the Trump administration hiding they are afraid will be revealed?  Whatever happened to honesty, reason and fair play in Washington DC?