I recently read Peter Aleshire’s book The Fox and The Whirlwind about General George Crook and Geronimo. Geronimo was an Apache born in the modern day state of Arizona. George Crook was an U.S. Army General who, in 1875, was given responsibility of an area that stretched from Missouri to the western shore of the Great Salt Lake. It included Nebraska, Wyoming, Utah and apart of Idaho. His area of responsibility was expanded as he was given the job of putting a stop to the Indian wars and get the Native Americans to live on reservations. 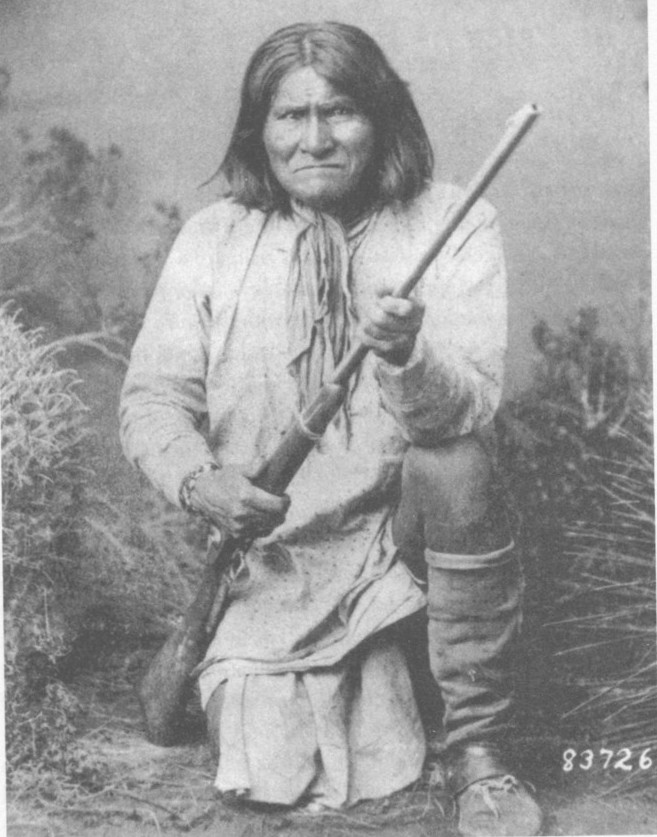 Crook was known among the Indians as "the grey fox" and Geronimo was called "the whirlwind" because of his amazing skill at avoiding capture even in the face of overwhelming numbers of soldiers trying to capture him. Long after most of the tribes had retired to reservations Geronimo and his small band of warriors fought against both Mexican and United States Troops, both of whom were anxious to kill him and send his followers to the reservation. He was the leader of the Chiricuahua Apache tribe, but was not a chief. He was the warrior leader of a band of warriors. Geronimo became famous for his daring exploits and numerous escapes from capture from 1858 to 1886.

Crook never captured him, but he finally agreed to retire to the reservation. He and Crook were enemies for life. When Crook died at age 62 the Sioux leader Red Cloud, he said: "When three stars (Crook) came; he, at least, never lied to us. His words gave people hope." But, when the news reached Geronimo he only grunted and said "Grey Fox had earned many deaths by his lies." Geronimo died on the reservation. In talking about attempts to confine him to a reservation, Geronimo once said: "I was born on the prairies where the wind blew free and there was nothing to break the light of the sun. I was born where there were no enclosures."

An interesting footnote to the life of Geronimo is that in 1918 his grave was robbed. It is reported that three members of the Yale secret society, Skull and Bones, were army volunteers at For Still, where Geronimo was buried, during World War I. One of them was Prescott Bush, father of George H.W. Bush and grandfather of President Bush. They stole his skull and some bones including a silver bridle from the Apache Indian prisoner of War Cemetery. These were secreted at the society’s headquarters at Yale and reportedly used in secret ceremonies. If you'll forgive partisan political bias, in light of this administration's total lack of honesty and ethics I would not be surprised a family member was a grave robber.