I’ve finished Michael Streissguth’s book Eddy Arnold on this
trip and enjoyed reading about the great country western singer. He started out
on the Grande Ole Opry and evolved into a more contemporary singer. He remained
a very decent human being and a devoted husband his whole life. He sang and performed with all the great country western entertainers of that time. I was reminded in this book of
the Oprey’s Minne Pearl screeching: “How-Dee! I’m just glad to be here” when she was on the Oprey.

I also noted the factor 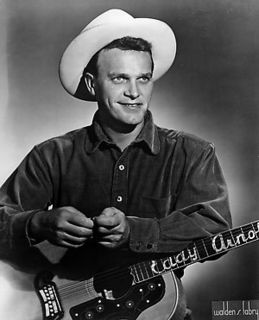 Gladwell refers
to in his latest book Outliers about the significance of time devoted to a
skill by successful people. Certainly Arnold qualifies with the enormous number
of shows he was involved in each year. I was also impressed with his concentration
and focus.  Arnold would hide in a
special room, close his eyes and listen to each word of the lyrics of a new song
he was learning. He examined the meaning of each word so he could tell a story.
He is quoted
as saying:

“It amounts to the way I am telling my story. If I know the
story is telling, I know how to punctuate.”

One observer of Arnold's preparation said he had never seen anything like Eddy’s concentration
on lyrics. He said:  “He wanted to get the
message. He wanted to know what the song was saying and that is really the
secret.”

Arnold also had a special gift with audiences. They were totally caught up with him and identified fully with the songs he sang. Audiences were
often moved to tears and frequently gave him standing ovations.  The people felt like he was singing
especially to them. Arnold said about this:

Another book I finished on this trip was the 2004 book Moneyball
by Michael Lewis. The book describes how the Oakland A’s baseball team
developed outstanding teams without spending the millions other teams like the
New York Yankee’s spent. With a limited budget from management they were forced
to find bargains in obtaining players. They did this by analysis of statistics
instead of the subjective reports of their scouts. One devotee of statistics, Bill James, is quoted as saying the
difference between a .300 hitter and a .275 hitter is one hit every two
weeks.  His point was you couldn’t
tell good players from watching. Only the statistics gave an accurate objective
report. That led Billy Beane, the general manager of the Oakland Athletics to
rely upon computers and focus on players other teams ignored.  The result was successful teams at
bargain rates. This approach was totally contrary to that followed by the big  money teams who relied upon the evaluation of their scouts studying players. The result was that some big salaried players hired by other teams were a failure in the big leagues whereas the A's low salaried and ignored players often performed beyond expectations.

I was interested in reading in this book that my favorite baseball player,
Ted Williams, wrote a book The Science of Hitting where, as a hitter, he saw a strike zone as
a grid of seventy seven baseballs. There were eleven spots all low and most away where if
the pitch was thrown to them and Ted swung he hit under .270. Ted was one of baseball's greatest hitters who studied pitchers and recorded what he learned.

One other point from this book was Billy’s five rules for
making trades. One of the rules struck me as a rule of life. It was:

“No matter how successful you are, change is always good.
There can never be a status quo. When you have no money you can’t afford long
term solutions, only short term ones. You have to always be upgrading.”

So, there are a few excepts from a couple of books you might
find interesting.

0 thoughts on “THE BOOKS: EDDY ARNOLD AND MONEYBALL”