Barbara Johnson was one of four children raised as Catholics and sent to Catholic schools. She had been in a committed relationship with another woman for 19 years when her elderly mother became ill. It was Barbara who was with her praying when her mother, Loetta Johnson, 85, died.The funeral mass was arranged at St. John Neumann Catholic Church in Maryland. Before the funeral service was held Barbara introduced her lesbian partner to the priest, father Marcel Guarnizo. After the mass began Barbara was in line to receive communion from the priest. As she approached he told her, "I 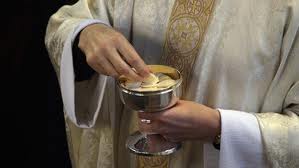 can't give you communion because you live with a woman, and in the eyes of the church, that is a sin." Barbara was shocked and distraught. She was consoled by her brother and recovered enough to go to the podium to give a eulogy about her mother. The priest however, at that point, got up and left remaining in the sacristy until she was through speaking. After the mass was ended the priest refused to go to the cemetery to complete the funeral service. The family had to find a substitute priest to complete the grave side service. The episode was picked up by the media to widespread publicity. Reactions were sharp and in conflict.

The auxiliary bishop for the archdiocese issued a press release saying that the priest actions were inappropriate. "When questions arise about whether or not an individual should present themselves for communion, it is not the policy of the archdiocese of Washington to publicly reprimand the person. Any issues regarding the suitability of an individual to receive communion should be addressed by the priest with that person in a private, pastoral setting."

Barbara received a letter of apology from the archdiocese which said that the lack of kindness she and her family received was a cause of great concern and personal regret. The letter said "I am sorry that what should have been a celebration of your mother's life, in light of her faith in Jesus Christ, was overshadowed by a lack of pastoral sensitivity. I hope that healing and reconciliation with the Church might be possible for you and any 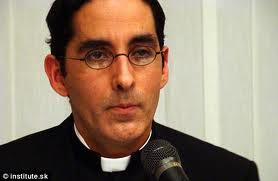 others who were affected by this experience. In the meantime, I will offer mass for the happy repose of your mother's soul. May God bring you and your family comfort in your grief and hope in the resurrection."

The reaction to the news was shock and anger by many  as well as disappointment in the priest actions by some Catholics including Catholic priests as well as theologians. On the other hand there was a substantial outpouring of justification for the priest's action. One common position of these commentators was that in order to receive communion you need to be in a state of grace. Her relationship they saw  as a grave sin against God and therefore she was not entitled to communion in their view. The common thought of these people was rules are rules and when you break the rules you suffer the consequences. Or, if you don't follow Catholic moral teaching you are  guilty of sin and sinful people can't receive communion.

Catholic priests who agreed witht the priest cited Canon 915 of the Roman Catholic church's code of Canon Law which admonishes priests to deny holy Communion to those who are "obstinately persevering in manifest grave sin…" Others felt that communion should be denied only in extreme cases where the sin is grave, the sinner "obstinately perseveres" in the sinful state and the sin is well known publically.

My reaction was that I understand how some Catholics and other Christians took a hard line stand with their view of morality applied to this event. For these Catholics and the black and white moral rules of the Baltimore catechism still define moral conduct. For this group of Christains, morality is simple. They know sin when they see it and sinners are not entitled to communion. It's all very simple. They are totally on the side of the priest. Homosexuals are sinners and that's clear enough for them to decide the issue.

On the other hand, while I understand how they reason to their opinions, my personal view is that judging the morality of other people is not only fraught with the danger of error but is biblically prohibited. In Matthew chapter 7 Christ makes it clear that we are not to judge others. He cautions us about looking at the speck of sawdust in our brothers eye but not paying no attention to the plank in our own eye. He admonishes "you hypocrite, first take the plank out of your own eye, and then you will see clearly to remove the speck from your brother's eye." I don't think the Bishop or priest should sit in judgment of people and use communion as a means of reward or punishment. The issue of the Eucharist is one of conscience between the receiver and God. It's the role of the Church to teach morality and the role of the laity to exercise their conscience in living a Christian life which includes their conscience about receiving the Eucharist. I think the priest's denial was unjustified and unChristian. I think his leaving the altar during her eulogy was cruel and self righteously wrong. I think his refusal to continue the service at the grave site was a violation of his obligation as a priest. The lyrics of the song come to me "What  the world needs now is love"