Lita and I are in Arizona this week, and like Dorothy I have a feeling we are not in the United States anymore. This is Arizona where reality and fantasy are like distant cousins who hardly meet anymore. Martin Luther King Junior could have been talking about Arizona when he said:

"Nothing in the world is more dangerous than sincere ignorance and conscientious stupidity."
-Martin Luther King, Jr. 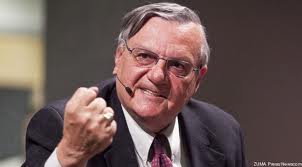 He points out that the Republican Secretary of State, Ken Bennett, is Arizona's chief elections officer and the co-chairman of Mitt. Romney's campaign in Arizona. Upon receipt of requests by citizens in the state he decided to investigate the birth certificate of the president of the United States To show how serious he was about it he threatened to keep Obama off the ballot if his questions were not answered to his satisfaction by the Hawaii officials. After Hawaiian officials provided the same public documents that have been previously produced he declared himself satisfied. A headline in the Arizona Republic declared "Once again, Arizona is the nation's laughingstock." One reader of the newspaper said that he planned to order his new personalized Arizona license plates with the words "The dumb and dumber state." After the ridicule by the rest of the United States to this political witch hunt , Bennett said "If I embarrassed the state, I apologize." This left a number of the "birthers" unsatisfied. For, example one of the local newspapers which calls itself "the conservative voice of Arizona": Sonoran News,published a guest editorial addressed to Glenn Beck complaining that Beck had not taken a clear stand on the issue of whether or not the president was born in Hawaii and demanding that Hawaii release "microfilm records" of his birth. For people in Arizona this issue is apparently is a beast that will not die unless a wooden stake is driven through its heart.

Egan then turns his attention to the notorious Sheriff Joe Arpaio who calls himself "the toughest sheriff in the nation." I've written previously about good old Sheriff Arpaio and his conduct which has cost the county millions of dollars in lawsuits, attorney fees and court proceedings. https://paulluverajournalonline.com/weblog/2009/06/the-news-from-lake-woebegone-scottsdale-arizona.html Also,

see: https://paulluverajournalonline.com/weblog/2011/10/sheriff-joe-apaio-queen-caroline.html The good Sheriff, in response to the tea party birthers, sent a deputy along with his volunteer "posse" to Hawaii to investigate whether or not the president is really an American. Unsatisfied with the Hawaii official records he said "We feel that document is a forgery. We are trying to figure out who did it. That's good police work." The sheriff claimed that taxpayers won't have to pay the bill because of some $40,000 in donations from Arizona citizens to finance the investigation. Arpaio had previously claimed that the long form birth certificate, previously released, "was a computer generated forgery" and that the President's selective service card "was most likely a forgery." Senator, Steve Gallardo, said the sheriff has misplaced priorities since his office had failed to investigate hundreds of sex crimes cases over a three year period in 2007.

This is the same sheriff the justice department has sued for “pattern of unlawful discrimination” by law enforcement officials.

junk yard dog, whom he used to charge felonies against those who opposed Arpaio, Maricopa County Attorney Andrew Thomas, and one of his former deputy attorneys were both disbarred for their conduct.

Then we have the governor of Arizona, Jan Brewer. She was most recently noted for wagging her finger at the president of the United States on the tarmac at the airport after he landed for a political gathering. Short time ago she vetoed a bill intended to promote community service by high school students. The proposal would've allowed children doing more than 200 hours of community work to receive an official commendation. Brewer, however said she does not think government should reward students this way.

And, this is a short list of the political climate in this otherwise beautiful state. Egan correctly points out that if we would like to see a nation run by the tea party and the talk show zealots who have taken over the G.O.P. all we have to do is look at Arizona.