I’m happy to be back in circulation again. Seven weeks ago My law partners  andI started a jury trial in Seattle involving a woman who had gone into a hospital in Wenatchee for a ten minute elective laser  surgery on her vocal cord. She was to go home the same day, but the doctors caused an intense fire in her throat during surgery when the oxygen and laser combined with the tube in her throat. She had to be airlifted to Harborview in Seattle where they saved her life, but she remained there 5.5 months enduring multiple general surgeries to remove burned debris and scarring. She breathed through a ventilator  connected through a hole in her  throat and she lost the ability to speak above a very faint whisper. From there she was moved to a nursing home in Spokane where she remains today hooked up to a ventilator. The jury found in her favor against the doctors and that verdict combined with the settlement made with the hospital will allow her to be able to leave the nursing home for independent living. I’m exhausted but pleased with the result.

I received an E-mail from Johnnie Dontos about an article I published in my blog about Anacortes, our family store and purse seining in Anacortes. I enjoyed it enough I asked him if I could publish it and he agreed. Here’s what he wrote me.

This sure brought back some memories for me. My first day on a seine boat, F/V MARGARET J, was just  as a guest of my close friend Larry Brandstrom, and later best man at my wedding to the Skipper, Spud Johnson's niece. And of course I wasn't a fisherman at the time, but was involved in the juke box and vending machine business.

i remember the cook, Glen Coulter, going to Luvera's store  for supplies.  Glenn was a fabulous cook, 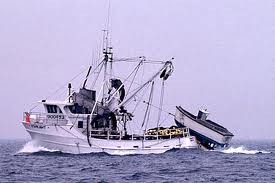 and how he manage to cook on that boat it's hard to imagine in this day and age.  The stove was slightly ahead of the four cylinder Atlas engine.  Glenn cooked a lamb roast and a banana creme pie.    I remember that day well because there just weren't any fish going by.  But uncle, swivel neck Johnson just kept making one set after another while the rest owlet was on anchor.  On the last set of the day he caught 300 sockeye.  All in all it was a fun day.

In 1954 I received a call from my brother-in-law pleading with me to go fishing that Sunday because his engineer had quit. So, what the hell; I called my machine technician and told I would be gone for a couple of days, and to take care of everything until I  got back.

My brother-in-law picked me up at my home in Seattle, and my wife said I married you because you weren't a fisherman, and I fear that you will like it…… She was right. Off we went to Anacortes, and the first stop was at Luvera's for grub. Later on a truck showed up boxes full of stuff from the store.  The activity on the docks was a sight to see.

I was on my brother-in-law's boat F/V Homeward.  We made a set off Long Island at the mouth of San Juan Channel. There were so many fish in the net we had to wait what seemed like forever for the corks to pop up.  We had a cotton seine, and were pulling the net over a stern roller that had a 32 volt motor driving it.  We kept getting shocked.  That net was so tender that se put our sleeping bags on the rail when we were drying up.  we brailed the boat full, and filled the MARGARITE up, and we still had Janet foll of fish. The MARGARITE took us tow and headed   for McKay Harbor.  They towed us over a reef that ripped the net open, and we lost the rest of the fish.  Things went downhill from there.  The MARGARITE dropped us off in McKay Harbor and took off for Anacortes. They only got as far as Iceberg Point, hit the rock,, and sunk, but we had a fish ticket.  Indeed, 1954 was a huge sockeye year.

That was a turning point in my life.  We were gone four days, and my crew share was $2587.  That was almost the downpayment on our new home in Woodway. In 1956 I bought my seine boat the F/V SEBANUS.