The tragic loss of the Malaysian airplane brings us face to face with death. We are all familar with  death in some form whether it is a friend, spouse, family member or even a loved pet. Unfortunately, the kind of support the survivor gets from family and well intentioned people isn't helpful. 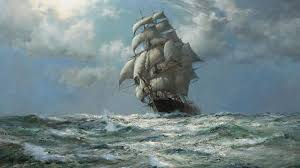 Sometimes  people think they are doing a favor by encouraging the survivor to get over the death and move on, but they have no idea what that person is going through. People talk about it being wrong to “wallow in grief” and use advice like:

·    You had many good years together

·    You should get a dog, their wonderful companions

·    They died immediately and never knew what happened

·    They are better off dead. It was a blessing in disguise

The truth is that most people are clueless and simply unable to comprehend the human suffering that is unleashed following such a death.When it involves the death of a child, uninformed people will make comments like these:

These are the hurtful common remarks people make which only add to the anguish of those trying to deal with the loss of a loved one. Survivors also find that sometimes people avoid them after a few days because they are uncomfortable and don’t know what to say. People, including one’s own extended family may refuse to talk about the deceased which is disturbing to the survivors. With each new example of insensitivity the survivor’s spirit may be diminished a little more. Especially when survivors are dealing with the fact that in one horrific moment their world has been permanently altered.

The anguish of dealing with death

So, what about these kinds of remarks and comments? Are they fair? The answer is that they are not accurate and not fair. Death brings with it to the survivors powerful feelings of confusion, anger and anxiety which are mixed with depression and grief no matter how hard the person tries to not have these feelings. They invade your thoughts and your sleep. They are accompanied by feelings of shock and numbness: “It’s hard to believe.” Being preoccupied with thoughts about the deceased are natural and common. So are symptoms of wrenching gut feelings, sighing, frequent crying and a feeling of being empty inside.

Survivors often experience these kinds of feelings and symptoms following a death of a loved one:

In addition to all of that, people often question things they took for granted before such as:

Instead, the death shakes these fundamental assumptions to their very core.  The survivor cannot absorb what has happened because the loss doesn’t make sense. The tragedy demonstrates that life is capricious and unpredictable.

Among people who are religious, death can evoke a crisis of faith. Parents may be angry towards God for taking an innocent child or a loving parent or husband. It is difficult to maintain the view that God is a protector when there is a death because, as one survivor said:  “Whenever I go to church I see my son’s casket.”

Innocent comments can trigger feelings of grief and crying. Even the question “How many children do you have?” can cause anxiety.  As one mother has said about that question: “I couldn’t say two because one was dead. I couldn’t say one because that would be an insult to my dead son. I didn’t want to say two, but one is dead.”

Leisure activities may suffer because now having to engage alone in what was a previously shared activity can result in a vivid memory of the one who is missing. Going back to favorite vacation place can be painful for the same reason.  The family structure is often disrupted with serious consequences. The atmosphere at home may become gloomy and tense. Family members may become irritable and impatient. Individual family members who are struggling with their anguish may affect the others. Each member is troubled by their own pain and the awareness how much the other family member is suffering as well. The home contains endless reminders of the person who has died, even if the personal belongings have been removed. It is even not uncommon for family members to avoid the home or even move out.

The relationship between family members can suffer. A man may find he can succeed in maintaining control of his feelings only by distancing himself from his wife who is openly distressed. The woman may feel a powerful need to talk about the tragedy, but the man may not be able to deal with talking about it. Men and women deal with grief in different ways and this can cause conflicting children express their grief differently then adults and often manifest challenging behavior at a time when the parents are least able to deal with it:

Children may ask difficult and painful questions and do so at times when the parent is least able to deal with them. When it involves a child death, parents usually become overly protective about safety and security of the children. It is common for parents to neglect their children or become irritable or harsh because of their own grief Extended family members may refuse to acknowledge or talk about the deceased which is distressing to the survivors as if the deceased never existed.

The Impact of Death is Long Lasting

There is a debate whether survivors of sudden loss ever really fully recover.  In the case of a sudden and unexpected death, the survivors are left with all the things they would liked to have said to the deceased. All the unsaid things they wish they would have told them. The shock of a sudden event for which they had no opportunity to prepare. These kinds of deaths carry the long lasting symptoms that are different then an expected death.

Investigators point out that terms such as recovery or resolution are not applicable to death because they suggest a time of final closure which in reality never happens. In fact, the survivor becomes a changed person who realizes that things will never be the same.

People continue to experience painful upsurges of grief for many years following the death. These periods of intense distress are often triggered by reminders of the deceased:

All of these events may evoke a strong desire for the loved one’s presence. In the case of a dead child, they remind that their child will never graduate, go out on date etc. The impact of death continues to reverberate throughout the survivor’s life cycle. The wound doesn’t heal because you are living with it all the time. People feel dead inside – just going through the motions. They try to put up a good front. Their lives are turned upside down as they attempt to cope and there is no “quick fix” for the impact.

Death also forces us to face our own mortality and our spiritual relationship to a higher power. For  those of us who are Christian or believe in the immortality of the soul,  the comfort for the death of a  loved one is the belief they will live forever. I always liked Henry Van Dyke's poem about death

I am standing by the seashore.
A ship at my side spreads her white sails to the morning breeze
and starts for the blue ocean.
She is an object of beauty and strength,
and I stand and watch
until at last she hangs like a speck of white cloud
just where the sun and sky come down to mingle with each other.

Then someone at my side says, 'There she goes!
Gone where? Gone from my sight – that is all.

She is just as large in mast and hull and spar
as she was when she left my side
and just as able to bear her load of living freight
to the places of destination.
Her diminished size is in me, not in her.

And just at the moment when someone at my side says,
'There she goes! ' ,
there are other eyes watching her coming,
and other voices ready to take up the glad shout :
'Here she comes!'

0 thoughts on “SURVIVING THE DEATH OF A LOVED ONE”