Each time I allow myself to go on a rant it inevitably offends someone. But, it's time for me to do it again. I will leave out my views about those who maintain huge dams, nuclear plants and huge, ugly wind towers are a good idea for power sources.  Here are a couple of things that trouble me. Yes, I 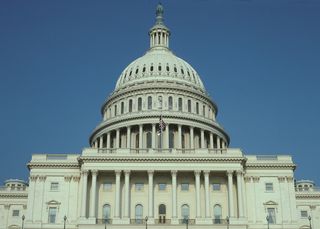 know, there are a lot  of people  who probably don't  agree, but this is America and we all are  entitled  to our opinions. Although, I can't image anyone not agreeing with me. (just  kidding)

Administration foreign policy I am delighted we elected a black president. After the  Republican Bush, Cheney and Rumsfeld disaster for eight years which got us into Iraq and this economic as well as world wide crisis I was thankful for a Democratic president.  I accepted the obstacles of the president's first term caused by the Republicans in Congress that prevented him for accomplishing worthwhile goals. I held out hope president Obama would learn to abandon his "can't we all just be friends" approach to politics to a realistic political policy of "when you have them  by their balls, their hearts and minds will follow." That transition never happened and we are now in a "lame duck" kind of lethargic type of administration political philosophy from the white house.

And that's only on the  home front. On a foreign policy view the situation appears to be in chaos.The presidents announced self-described policy doctrine of "don't do stupid stuff" sounds like something a high school student would advise. Public statements  like "we don't have a strategy yet" invite ridicule. Then trying to white wash the world situation by maintaining that "The world's always been messy. We're just noticing now in part because of social media." Followed by:  "I promise you things are much less dangerous now than they were 20 years ago, 25 years ago or 30 years ago."  These are simply not the statements of a the United States leader the world expects.

The administration talks about and spends countless hours devoted to what it calls "the peace process" while Iran continues to grow in nuclear weapons capability. The situation with Russia is even more disturbing. The president talks continually to Russian president Vladimir Putin apparently convinced he can reason with him while Putin demonstrates in every way that he does not care what Mr. Obama has to say. In response the president makes empty statements and other convincing threats while Putin response by recognizing Crimea as an independent state. The administration threatens further sanctions while Russia sends military equipment and forces into the Ukraine while making boldface denial that it is doing so. Sanctions and the small help given to Syrian rebels have failed in every way to halt the slaughter there. It is as if the president lives in a bubble where no one dares to tell the president the truth.

In the meantime our allies have lost faith in the administration and complain openly about it. At the same time all of this is going on Congress remains unable to unlock itself from political suicide by refusing to compromise on anything.

The political opposite poles about foreign policy are represented by the administration and the senator John McCain's of Congress. The first does the whole lot of talking and pleading for rational discussion with people who are irrational and the other ready to drop a nuclear bomb on most of the troubled parts of the world. There are some fundamental questions we need to deal with in a realistic way. Should we be so individually involved in the Ukraine situation as we are or should it only be as a part of a international involvement? What should our role in Iraq be now? What should our policy be regarding ISIS? Is there any possibility that Palestine and Israel could ever reach a permanent treaty through negotiation? What should  our policy be in that controversy? What about China? What about all the other problems of world. Can we really  afford to continue to pour billions and trillions into foreign policies that have been a waste of money? I don't have any  answers, but I don't think our foreign policy is working and I think the problems are really serious, but being ineffectively dealt with.

Ferguson KY Shooting I have a bias about policeman and guns which I am hesitant to expresss because of so many of  my family members who are in law enforcement. However, my years as a lawyer have created thinking about the subject which represents my viewpoint, biased or not. So, I think the police are used to giving orders to people and exercising their power of office under threat of expensive tickets or arrest. The great majority of us comply under fear of a ticket or arrest. Plus, most of us realize we need the police for protection and respect them for providing it.

However, when someone refuses to obey or talks back the police they generally over react. Like a school teacher reacts to a smart alec student  the police are angry and are determined to show who is boss. But the police carry guns and they have police cars with lights and sirens. Over reaction can involve ill advised  fire arm use and unnecessary high speed chases that can cause injury or death. I've seen both in my law practice on more than one occasion.

So. with my bias and without any real facts about Ferguson, my  suspicion is that the deceased young man acted inappropriately. Michael Brown was eighteen years old and a big person, over six feet and heavy. I suspect he did verbally confront the cop and may have even grappled with the cop. I suspect he caused the cop to become angry and upset. But, my speculation is the shooting was unnecessary and was more an angry reaction with a determination to arrest Michael. I don't think the shooting was because he was black like the Klu Klux Klan might  lynch someone. I think there is probably discrimination in the community and it involves local government as well as the make up of the police department. But, I also suspect this whole event all went down very quickly and was a series of emotional actions and reactions on the part of both which should never have happened, but it was  not a  per se discrimination shooting.

I think the police handling of the  situation afterwards  has been a public relations disaster from the start with public statements and their initial response with military equipment and riot police. Their arrest of journalists and their other heavy handed actions were idiotic. I think it is a joke for the white prosecutor to insist he can fairly evaluate whether to file charges or not. With these facts, I believe the officer should be charged with manslaughter and a trial held to establish the real facts.

On the other hand, I totally disagree with the blacks of Ferguson, who were interviewed and who maintained looting and burning was necessary to get the nation to pay attention to the wrong that had been done. I understand frustration and the results of governmental oppression, but that conduct hurt their position about the shooting  in my view.

I don't see how there can be any fair hearing in that county or perhaps in the state, but I think there has to be a judicial hearing on the issue and sooner is better than later.

Bicycles: I was very sorry to read about the woman  who was killed by a left turning truck in downtown Seattle last week. She was a Seattle attorney on  her  way to work.

I know that street and made the same left turn at the same intersection where it happened. I drove it several times a week each  week and made that left turn myself each time. That is the street I drove from Virginia to the  intersection where  it happened going to work at the Columbia Center where our law office was located. There are three lanes on the one way street and adjacent to the left lane rhere is a painted bicycle lane. There are parked cars along left curve, then a narrow bike lane and the driving lane for cars. When you make your left turn you have to cross the bicycle lane. Bicycle's apparently have the right away, but as a driver with left turn signals going you normally do not expect anything coming from behind you on the left side when making a left turn.

In addition, you can miss the bicycle when you look for them between parked cars and the driving lane. Having learned bicycles generally keep going straight with their right of  way  without stopping even though you are signaling for a left turn I learned to really be careful in looking for bikes before makin the left  turn. It was a really dangerous situation the way the bicycle lanes were located on the left side. Bicycles having the right of  way over left turning cars made it even more hazardous for people on bicycles. I'm sorry about the tragedy and hope this will cause the city to change that situation right away. It was and is  hazardous.

One thought on “YES, THAT’S MY OPINION”