We’ve been home ten days from our trip to France and are over the worst of jet lag,  but still waking up at anywhere from three to five a.m. We flew British Air to London and London to Lyon, France. We had first class tickets, so the first leg was very comfortable with flat beds. Heathrow is a difficult airport because of all the walking that is involved and the need to ride buses to change terminals, but

we survived and made it to the waiting  area for Lyon which was a very long ways away in a terminal they are closing. The second leg of the flight was a 2.5 hour flight in business class to Lyon. But, it meant the seats were just as close as economy, except the middle of three seats was left vacant. However, service is good and the flight not that long. We arrived in Lyon Friday at 6:00 at night, got our luggage quickly and left with our driver to the Villa Florentine in Lyon, a thirty minute drive.

We had a lovely suite on the top floor looking over the city and the cathedral. The hotel  is a small hotel and a well  known restaurant which happened to be full because the princess of Jordan and a royal prince from Saudi Arabia with his entourage were having  dinner that night. A line of black limos with men in dark suits and ear devices signaled their arrival. We ate in our room and went to bed.

The next day we went to the Farmers Market in Lyon. A very large place featuring lots of different foods and places to eat. We walked  through it commenting  that Seattle had a better  market, but it was interesting. Afterwards, we explored the city. We ate at the hotel that night a formal  sort of place with slow service and good  food.

On Sunday we drove to the pier on the Rhone River to board the S.S. Catherine, a 443 foot long, narrow ship (37 feet wide) launched in 2014 as part of the Uniworld fleet. There is room for 1590 passengers and a staff of 57. We had the Royal Suite – the largest on the ship but still only 410 sq. feet.  A tall young man with white gloves and a full butler tuxedo greeted us offering to unpack (declined) and indicated he would be assigned to us. A good way to start the cruise. In fact the excellent butler service was  a  real benefit on  the cruise.

The Rhone River valley doesn’t have many towns or villages along the river banks like other more populated areas on other river cruises. There was a passing landscape not unlike the upper Skagit without a lot to see. There are many locks to go  through and some are really enormous in size as well as change of depth.

During the seven day cruise to Avignon there were frequent stops to tour  towns or wineries. Each stop included a fully guided tour as part of the package. It was a very well organized cruise with shore tours.  I must confess we passed up on almost all of them as they involved a lot of walking on cobblestone or stairs or involved wine tasting and we gave up drinking several years ago.  Instead, we would walk to some towns and explore on our own which was interesting. Lita speaks French well enough we were easily able to get around. We did attend one tour that involved an organ concert in a small church which was enjoyable.

In one town we walked to the Vairhona chocolate factory in the Rhone Valley near Lyon which is France’s most famous and renowned manufacturer. A huge selection of chocolate that  is shipped  all over  the world.

In another town we walked a very long way looking for town center. I found a barber shop and got a quick haircut and from there stumbled upon a large outdoor market that stretched down a long street. We had a good time wondering through it and then ate in a small square at an outside table. There were some small horses tied up in the square and children paid to ride them. Lita had her hair done while I waited. After that, we walked around  and  discovered that we were close to the ship. We had a short walk back  to  the ship.

The cruise was relaxing as we slept in every morning, ate a late breakfast after the groups had left on 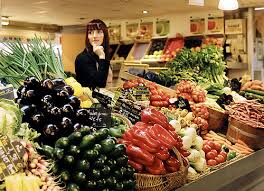 tour and either read or walked into town on our own. The food was good and service very good so it was a pleasant seven days.  The biggest problem was what the French call the Mistral which is a strong, cold and northwesterly wind that blows from Southern France into the Gulf of Lion in the Northern Mediterranean. These winds can be sustained and often exceedingly strong with sudden heavy gusts. They started on the second day of the cruise and blew continuously almost all day long every day. It made things unpleasant even though the temperature was in the 70’s. In towns the buildings protected against the wind but all of the locals accept these winds  as part of living there.

When it ended in Avignon on the following Sunday we were driven to the Villa Gallici in Aix en Provence, a really lovely hotel about an hour away where we had a very large suite on the main floor with a private patio area. The outside eating area was very beautiful and the hotel was elegant. We stayed only one night while we waited for our next hotel to vacate the room we wanted because of all the people attending the Cannes film festival.

After dropping our bags we took a taxi into town where there was a long street market going on with all kinds of crafts and food for sale and music. We enjoyed walking the entire market and having a Coke at an outdoor café watching all the people. That night we had a wonderful dinner at the hotel seated facing out an open doorway area on a warm night. It was a very pleasant way to spend a Sunday in France.

The next day we were picked up for our drive to Antibes and the spectacular Hotel du Cap at Eden Roc an hour  away. Our suite was the Eden Roc Suite that was the single best hotel accommodation we have ever stayed at. The hotel is beautiful and spread out over a large landscape with several buildings and villas. Our suite was located at the top level of a separate building from the main hotel with a huge wrap around balcony facing the Mediterranean Sea. There was a private Jacuzzi and two

marble bathrooms with a large dressing room and two large walk in closets. The room was so large and beautiful with a balcony and view of the water we didn’t want to leave it. We spent as much time as we could enjoying the suite which  is  unusual for us.

[Jaccuzi on our balcony & view from our suite]

The next  day we did take a taxi to old town and walked through the small market and shops. We looked at the old church where two nuns were selling religious items displayed on tables in front. We had a light lunch and headed back to the hotel.

We enjoyed the hotel and the area enormously over the three days we stayed there and I’m ready to go back to this amazing location anytime. We had excellent food and we also enjoyed eating in our room. The service was attentive and outstanding. There isn’t anything negative to report unless you want to look at the bill, but I’m glad to pay for this kind of experience.

When our stay ended, we were driven to the Nice airport and waited in the British lounge. The only stress of the trip happened when it was time to go to the gate. Because it was a very long way, involved a train and was a somewhat complicated route we ordered two wheelchairs which didn’t arrive until ten minutes before boarding time. We were worried about how long it would take to get there. Fortunately, one of the men was very experienced and knew the quickest route and was not reluctant to ask people to move. We arrived on time. The flight was pleasant going home and we arrived in the afternoon as we gained time coming home. Since arriving the weather in Gig Harbor has been wonderful and we are glad to be home. We do live in a beautiful area.