There are many wonderful things about living in the United States. However, if I were given absolute power to be king for one day there are some things I'd change. I'm not including the huge issues like poverty homelessness and violence, just some of the smaller issues by comparison. By the  way, this is a rant which won't be beneficial to you to read, but which is only intended to make me feel better.

if I were given the power I would strictly separate religion from government. Government today has 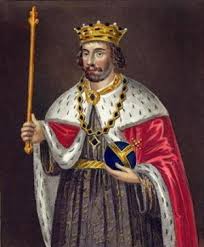 no business being involved in religious issues given the pluralistic society in which we now live. Our nation today is made up of people of all kinds of different religious beliefs as well as non beliefs and they are all entitled to a representative government. Government has no business imposing or enforcing the religious beliefs of any group on the rest of the citizens.

Much of terrorism, war and violent confrontation in this world is the result of one group trying to impose their religious ideas on the rest by force. Their ultimate goal is to establish a religious government where only one religion is allowed and is required to be followed by everyone else.  Inhumane acts of public bombing, beheading people and terrorist acts are done with this goal.  Suicide bombers, attacks on schools, hospitals and innocent people are all carried out with the goal of establishing a government religion.

In the United States we have religious groups whose goal is to have laws that reflect their religious positions the rest of us must obey whether we agree or  not. They work to elect politicians who they want to adopt laws based upon religious ideas. They want our courts, especially the United States Supreme Court, to issues opinions supporting their  religious ideas. As a result this failure to strictly separate religious positions from governmental function is the source of a substantial amount of angry confrontation, political failure and even violence in this country. The correct balance between freedom of religion and government function is a strict separation of the two.

if I had the power I would impose restrictions on money and political campaigns. Our political system is essentially broken for one primary reason and that is money. When we look around the world we see widespread political corruption involving stealing public money for personal use and outright bribery of politicians. In the United States the "bribery" is more indirect. The cost of running for office locally and nationally has increased dramatically over the past decade. Politicians begin spending campaign money months before the scheduled election. Millions of dollars are being poured into political campaigns, judicial, local and nationally by wealthy benefactors and political action groups. Politicians have a never ending desperation for money to conduct campaigns. Big corporations, powerful organizations and wealthy benefactors pour millions into the political  system and employ small armies of lobbyists. It's all about money.

The United States Supreme Court has thrown fuel on this fire by its perplexing conclusion that political contributions are not subject to limitations. This has aggravated an already bad situation involving money and politics. We could dramatically improve our political system if we could enforce  restrictions regarding any public office.

Our political system is dependent upon money. That results in people running  for office who require the money to do so and therefore are subject to influence by those  to contribute the money. Eliminate the power of money in politics and you will eliminate a great deal of what has gone wrong with politics in this country.

3.    Limit the time allowed to serve in office

If I were King I would limit the length of time one was allowed to serve in public office as  well as any life time judicial appointments. I would restrict the ability to run for reelection to office as well. Allowing  people to serve too long in office discourages fresh view points and creates a sense of entitlement plus creating undue power. Equally harmful is life time appointments. Appointing people to any public office for life eliminates  accountability and encourages abuse of power.

For  example, our founding fathers intended the United States House of Representatives members to be limited to one two-year term with regular turnover of  new members.  Instead House members keep running for office and often remain many years the position. Other officials elected to limited terms  simply run again and are reelected Take Maricopa County Arizona where the 80-year-old Sheriff has served six four year terms and intends to run again.

It was a mistake for the  Constitution to allow United States Supreme Court judges and federal judges a life time appointment. It has resulted in a situation where there is a sense of power without fear of accountability and lack of concern over responsibility for their actions. Where mistakes have clearly been  made in appointing  judges to life time  positions there is no remedy for correcting the mistake until the judge dies or retires. Allowing politicians to stay in office for long periods and appointing judges to the bench for life is unhealthy for our country.

Yes. I know, none of these three things is likely to occur any time soon and there are whole lot more issues that are probably a lot  more important. But, these are my three pet peeves, along with secrecy of government and immunity from responsibility plus a few dozen others.