We arrived in Scottsdale two days ago. It has been hot here, the temperatures are in the triple digits and yesterday it was 106° hot. We are here to open the house for the season and every time we do so it is inevitable that things don't work. We spend the first week finding and correcting problems as well as dealing with repair people. As to the heat, fortunately the report is that things will cool down starting this weekend and there is even the possibility of some light rain which would make Scottsdale residents happy. The 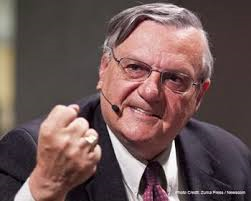 snowbirds" have not arrived yet so the good news is there is not much traffic on the roads and the parking lots are not jammed to capacity. The view of Pinnacle Peak from our backyard is spectacular, especially when the sun creates shadows on the rocks.it's good to be here although spending time outdoors is reserved for the morning hours when it's cool.

The local news is primarily focused upon Maricopa County's notorious Sheriff Joe Arpaio who likes to call himself "America's toughest Sheriff." The facts show that what he really should be called is "America's worst Sheriff." I've written about this than in the past and the news hasn't gotten better over the years. https://paulluverajournalonline.com/weblog/2012/05/toto-ive-a-feeling-were-not-in-kansas-anymore-we-must-be-over-the-rainbow.html 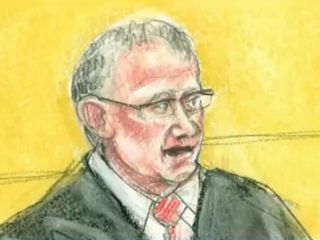 Sheriff Joe's of abuse of power. That was, however, just another example of the millions paid by the county in settlement of claims for wrongful death and other abuse by the Sheriff and his deputies. The newspaper reports that since this sheriff took office it has cost the county $142 million in legal expenses, settlements and court awards for the conduct of the sheriff and his deputies. That's a lot of money for abuse of power and neglect of duties.

Now, however, the news reports are focused on the fallout from federal Judge Murray Snow's order directed at the Sheriff and his deputies. He had found the Sheriff and his deputies had violated constitutional rights of Latinos by targeting them during raids and traffic stops. Now they are charged with contempt of  that order. Early on the Sheriff tried to get the appellate court to replace this judge by arguing that his questioning of the Sheriff suggested that he was biased. That ploy was unsuccessful and he ended up before the judge.  It reminds me of the proverb: "do not strike the King unless you kill him" and since Joe  had failed he now had to live with this judge. Not a very good move for Joe.

Judge Snow in 2011 had ruled that the sheriff’s Office could not arrest people simply because they suspected them of being in the country illegally and prohibited targeting Latinos. That didn't stop the sheriff and his deputies. The present trial is whether the sheriff should be punished for continuing to stop Latino's and for other violations of the court's order. Part of the problem for the Sheriff is that after the court entered the order the Sheriff was publicly belligerent about it. He was interviewed on television more than once afterwards insisting that he was going to continue to "enforce illegal immigration laws" in spite of the judge's order. These videos have been shown as evidence in the contempt hearing. It turns out that that the Sheriff and his deputies continued to violate the court's order for some 18 months after it had been made. The Sheriff now claims it was inadvertent conduct by him and his office.

The hearing has been going on for four days. The evidence has indicated that the sheriff has used his office to retaliate against public officials and apparently even against Judge Snow. But what makes this so unusual is that the Sheriff's previous lawyer has been ordered to testify regarding communications between himself and the Sheriff under a waiver of privilege ruling. His testimony, according to the paper, was especially damning for the sheriff because it painted a picture of a man so adamant about not following the court's ruling that it caused the attorney to withdraw as his attorney. The attorney testified that he had learned that the Sheriff was not complying with the court's order and found the Sheriff was resisting the order, apparently for political reasons. He therefore quit as his lawyer.

The sheriff has taken the stand to testify and the paper reports that in court he has dropped "his tough talk" that the television clips reveal. Now he has a different demeanor and claims it was an inadvertent mistake. Keep in mind the judge hearing this contempt case is Judge Snow so I suspect he isn't very sympathetic to that excuse.

The Arizona Republic editorial today is entitled "Shouldn't a Sheriff Obey the law?" The editorial says that the sheriff and his chief deputy  have now, through their lawyer, acknowledged that the Sheriff's office violated the court's order for as long as 18 months but maintain it was an innocent mistake of interpretation of the order. The editorial says that claim "strains credulity." The editorial points to the former attorneys testimony about a "heated discussion" with the sheriff regarding the court order and the Sheriff responding that he, not a judge, would make the decisions for his department. The evidence is  that is exactly what happened over the following 18 months because history has shown the Sheriff is used to doing whatever he wants and thinks he is above the law.

The contempt hearing continues  and I'll be interested in learning the outcome because Sheriff Joe has been successful for years in ducking and weaving against charges of abuse. His supporters seem not to care what he does or how much it costs the county for his actions. The 80-year-old sheriff, who has served six terms, had previously announced he plans to run for another term. Perhaps these events will result in a change of attitude by the electorate. Maybe a day of reckoning has finally arrived for Joe Arpaio.