One news source http://www.newser.com/story/238213/major-raids-across-us-have-immigrants-panicking.html  described the raids on immigrants going on now this way:

"People are panicking." That's the message from one immigration lawyer after hundreds of undocumented immigrants were rounded up this week by ICE agents in raids in New York, Chicago, Atlanta, Los Angeles, and the Carolinas, the Washington Post reports. According to NPR, the raids were the first since President Trump signed a Jan. 26 executive order on undocumented immigrants. That order redefined "criminal alien," expanding the definition beyond the couple million "bad hombres" the president mentioned during the campaign to include undocumented immigrants who are only suspected of a crime or those who've committed low-level offenses, such as using a fake Social Security number to get a job, the Hill reports. 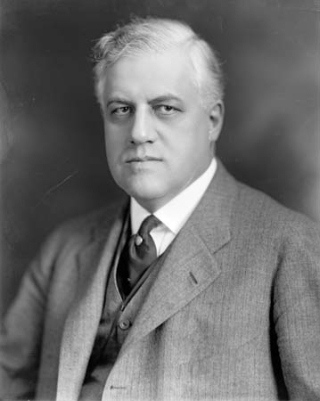 All last week, homes and businesses were raided in broad daylight—a change in tactic from the Obama administration that one government aide says is possibly meant to "send a message" under Trump. Immigrant advocates are also reporting that ICE agents are stopping immigrants at random or going door to door in minority-heavy neighborhoods to ask for IDs, though ICE denies these tactics. There have also reportedly been major raids in Kansas, Texas, Florida, and Virginia. Many advocates see this week as punishment for sanctuary cities and an attempt to "instill fear" in immigrants. And while officials maintain they're targeting undocumented immigrants with serious criminal records, advocates say it doesn't help their case that the first deportation under Trump was a "working mom with two US kids."

The similarity to the Palmer raids of the 1920's is striking and just as illegal as well as Un-American. Woodrow Wilson was elected as 28th President of the United States in 1913. It was a time of high anxiety in America over fear about the the Bolshevik revolution in Russia sweeping America. The “Red Scare,” was increased by violent labor strikes across the country. The Attorney General was A. Mitchell Palmer and on June 2, 1919 a militant anarchist, Carlo Valdinoci set off a bomb that destroyed the front of Palmer's home in Washington D.C. The bomb went off prematurely blowing Valdinoci up with the house. This was just one of a number of attacks that day on judges, politicians, law enforcement officials and others in eight cities across the United States. It was also a month after another coordinated attack involving bombs mailed to the mayor of Seattle, A U.S. Senator and others. In Philadelphia a Catholic Church was bombed. In New Jersey homes of prominent citizens were bombed. A bomb was intercepted at the Mayor’s office in Cleveland and a the homes of judges bombed as well. A postal worker in New York City had intercepted sixteen more packages with bombs addressed to political and other leaders. National hysteria followed and the people demanded action. The Sedition Act was quickly passed giving sweeping powers to find, prosecute and deport.

Palmer, who had aspirations of being president, created a division to gather intelligence on the "radical threat." A young Justice Department lawyer J.Edgar Hoover was put in charge. By October of 1919, some 150,000 names of suspected people mostly immigrants, communists and union members had been created. Palmer then instituted what became known as the "Palmer Raids." Palmer began a massive effort by hundreds of law enforcement officers to round up, jail and deport anyone suspected of being a radical. Raids involving entry of homes and offices took place where people were arrested, usually without legal warrants, in twenty three states involving many cities and towns. Many were picked up just because they had foreign names and were immigrants, but had done nothing wrong.  Hundreds of people were put on a ship dubbed "the Red Ark" or "Soviet Ark" by the press and deported to Russia without trials. In spite of the illegality the general hysteria of the country resulted in widespread support for Palmer’s raids, arrests and deportations without legal process.

After the raids and publicity, Palmer claimed success, but said the work wasn't done because he said there were more than 300,000 dangerous communists living in the United States. He maintained that they had to be swept up and deported to save Americans from harm. But, in time, public opinion began to shift when the truth about the unlawfulness and brutality of Palmer's actions became more and more known. When Palmer's prediction of a massive revolutionary action on May Day in 1920 didn't happen, he lost credibility with the public and along with a diminishing Red Scare Palmer lost all support. More than 70% of the deportation warrants were revered and people released who had been rounded  up.

Edmund Burke observed that "those who don't know history are doomed to repeat it." The unrestrained arrest of people without due process out of fear and misinformation in the United States of America reflects poorly on our people and our country.