Democratic front-runner Joe Biden was denied communion by a priest at a South Carolina Catholic church over the weekend. Biden, a lifelong Catholic, stopped by Saint Anthony Catholic  Church in Florence on Sunday, but was denied Holy Communion by Father Robert E. Morey. He was quoted in the local  local newspaper saying: “Sadly, this past Sunday, I had to refuse Holy Communion to former Vice President Joe Biden. Holy Communion signifies we are one with God, each other and the Church. Our actions should reflect that. Any public figure who advocates for abortion places himself or herself outside of Church teaching. I will keep Mr. Biden in my prayers,” Morey said in the statement.  I have have been critical of this judgmental practice in past posts: https://www.paulluverajournalonline.com/weblog/2019/07/the-irs-should-revoke-the-tax-exempt-status-of-bishop-thomas-peprockis-diocese.html

The history behind this is that In 2004, there was discussion of whether communion should be refused to American Catholic 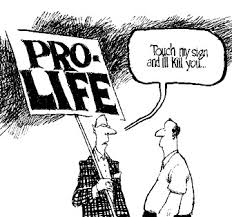 politicians who voted against laws banning abortion. With a few American bishops in favor of withholding communion from politicians and the majority against the United States conference of Catholic Bishops decided that such matters should be decided on a case-by-case basis by the individual bishops.

In 2005, Archbishop Donald Wuerl  of Pittsburgh said no individual bishop should on his own deny communion to politicians because of "national ramifications", and suggested that such an action should be taken only on the basis of a two-thirds majority of all of the bishops or as mandated by the Vatican, while bishops Thomas Olmstead of Phoenix and Charles Chaput of Denver stated they would act on their own initiative and apply the sanctions put forward by a 2004 USCCB document entitled "Catholics in Political Life", though only, Chaput declared, in "extraordinary cases of public scandal".

In 2008, Raymond Burke, former archbishop of St. Louis and assigned in that year to the Vatican, said communion should not be given to such politicians, arguing that support for abortion rights is a mortal sin that makes a person unfit for communion, and denial of communion would prevent other Catholics from thinking, because they see that pro-choice politicians can receive communion, that being pro-choice is an acceptable political position. In 2009, Wuerl argued that communion was not intended to be used as a weapon and that a pastoral approach would be more effective for changing minds than a canonical one.

The action violates Christ teaching about not being judgmental of others:

Matthew 7:1-5  “Do not judge, or you too will be judged. 2 For in the same way you judge others, you will be judged, and with the measure you use, it will be measured to you. 3 “Why do you look at the speck of sawdust in your brother’s eye and pay no attention to the plank in your own eye? 4 How can you say to your brother, ‘Let me take the speck out of your eye,’ when all the time there is a plank in your own eye? 5 You hypocrite, first take the plank out of your own eye, and then you will see clearly to remove the speck from your brother’s eye. It

As I've noted before in this blog, it is an abuse of assumed religious authority to use a sacrament as a weapon to impose one's moral views on everyone else through the passage of laws. In addition, it is an improper use of sacraments and unfairly applied. It is a violation of the constitutional separation of church and state because at its basis is an attempt to coerce persons elected to office to vote in a way consistent with the Catholic position on abortion. Elected officials represent all of the people including those who do not agree with the Catholic position on abortion. Attempting to punish them in to complying with the church's position in their public vote is simply un-American. The position of Cardinal Cupich is consistent with the teaching of Pope Francis that Holy Communion is not “a prize for the perfect, but a powerful medicine and nourishment for the weak.” Jesus did not intend the Eucharist to be a food for saints and perfect people; otherwise he would not institute it for sinners here on earth.