In February 1497 a monk named Girolamo Savonarola led a movement to collect items they thought might entice people to sin or neglect their religious duties. He and his followers collected such things as artwork, cosmetics, instruments, dresses and books. On the appointed day, thousands of these items were gathered at a public square in Florence Italy. These objects which had been labeled "vanities" were set on fire and burned. The event came to be known as the Bonfire of the Vanities. It is human nature for people to assume judgmental attitudes about issues and be unwilling or unable to consider other viewpoints. In the Acts of the Apostles, the Bible says that Paul had to be lowered down in a basket with ropes from the walls surrounding Damascus in order 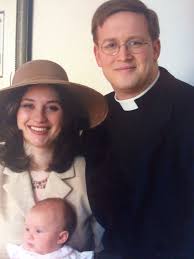 to escape being killed by religious zealots opposed to his teachings. It is also human nature that when arguments are unanswerable people can resort to violence or other means of suppressing the speaker's ability to speak. George Bernard Shaw once said that the biggest compliment you can pay to an author is to burn his books. To suffer persecution is to be paid the greatest of compliments because it is proof that people think you matter and what you say may be the truth.

I've thought about the above examples regarding religious issues and the reaction of people to views they disagree with. For example consider the question of Catholic priests and the issue of celibacy. There are very strong feelings about this subject that exist all way through the laity to the Vatican and the Pope himself. For some people it is a subject they feel so emotional about they would are incapable of considering rationally. Certainly, all the conservative Catholic religious leaders consider it a closed subject. The one notable exception might be Pope Francis.

On the other hand, it has been argued that there can be no real reform of the Roman Catholic priesthood until mandatory celibacy for diocesan priests in the Latin Rite have been ended. One writer, Father Peter Daly, has argued in the National Catholic Reporter, that married priests would make the priest more respectful of women. With real parents in the priesthood, he says,  it would make them more aware of the vulnerability of children. He suggests that there should always be a place for those who wish to be voluntarily celibate in the diocesan priesthood but that it should not be a requirement.

He notes that celibacy restricts the pool of eligible candidates for the priesthood. The requirement eliminates many men who would like to have a wife and family as much as a religious vocation. Worldwide, the number of Catholic priests has decreased significantly for the last 50 years. Priestly vocations are significantly down in Europe and in the Americas. In the U.S. priestly vocations have fallen off dramatically because of celibacy. Over the last 50 years there's been a nearly 40% decline in the number of priests. Father Daly says: "The Catholic priesthood is like Sears and Roebuck, slowly going out of business." More than 3000 parishes in the US have no resident priest. On the other hand there is no shortage of married men who want to serve the church. The huge increase in the number of permanent married deacons from zero in 1968 to more than 18,000 in the US today demonstrates that fact. The pope has said that the “door is always open” to married priests in remote places such as the Amazon or the Pacific islands. He has also said he needs to pray and reflect further on the question. The ratio of Catholics to priests in South America is 7,200 to one, almost four times the ratio in North America, according to Vatican statistics for 2017. In parts of the Amazon, the ratio is more than 8,000 to one. The world-wide ratio has risen sharply in recent decades, to about 3,200 to 1 from 1,900 to 1 in 1980.

Father Daly also argues that celibacy is damaging to the church as a whole because celibacy is not normal. Nor is celibacy essential to holiness or the priesthood. It is not mandated by the Gospels. The norm for human behavior is sexual intimacy. Every human being needs some physical intimacy in their lives. In adulthood sexual intimacy is normal. Personal intimacy is physically psychologically and spiritually healthy. Father Daly argues we would not have so many shocking clerical sexual scandals if it were not for mandatory celibacy. He argues that when men are forced to give up sexual intimacy, all sorts of bad behaviors emerge.

Let's remember that Peter (who for Catholics was the first pope) was married and that the Church was a thousand years old before a definitive stand was taken on the requirement of celibacy for priests. it wasn't until the Second Lateran Council in 1139 when that rule was adopted and not until 1563 at the Council of Trent was it formally reaffirmed. For half of it's history, therefore, we had married priests, bishops and religious leaders so it is not a radical idea. There are many things that demand reform in the Catholic Church, but priestly celibacy is one of the more significant ones in my view as a cradle Catholic.