Should we be concerned about illegal rioting, looting and arson in America cities? Yes, of course. Has there been a failure at all levels of government to deal effectively with the situation? Obviously. Is this a problem that involves the president of the United States? Yes, both Donald Trump and Joe Biden agree it is a responsibility of the president. In considering which of the two candidates is most likely to remedy the situation as president, the past history is important.

Four years ago, Donald Trump said, as he accepted the nomination at the Republican National Convention, “When I take the oath of office next year, I will restore law and order to our country,”. “In this race for the White House, I am the law-and-order candidate.”

Now, four years later, Donald Trump again tells the nation they should elect him because: " I am your President of law and order" He promises:

“We will hire more police, increase penalties for assaults on law enforcement, and surge federal prosecutors into high-crime communities. We will ban deadly sanctuary cities and ensure that federal healthcare is protected for American citizens, not for illegal aliens. And on November 3rd, we will make America safe.”

A thoughtful voter should ask herself or himself: Who has been the president for the last four years? Who made these law and order assurances to Americans four years ago? Who is the person during the past four years responsible for bringing law and order? Why haven’t the promises Trump now makes four years later already been done? Why we would believe they will be done if re-elected when he hasn’t already done it during past the four years he has been in office? 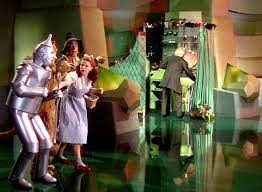 Like the Wizard in the Wizard of Oz, who is exposed as a fake when the curtain is pulled back, Trump seems to hope voters will think someone else has been commander in chief these past four years. But the inescapable fact is that as the commander in chief, the buck stops with him and has for the past four years. It has been his responsibility over those years to fulfill his original campaign promises and to have already done the exact things he now promises to do if elected again. His responsibility has included the duty to “make America Safe” for the last four years. He already made the promises he is repeating again. Trump owns these problems because he already gave the identical assurances to the country and was elected to carry them out. He argued at that time and again now he, and only he, has the answers to these problems while having failed to carry out his promises during his term as president.

Trump’s pretending, he isn’t responsible for his campaign promises is consistent with his failure to take personal responsibility for any of his leadership failures. In fact, his presidency has been marked by blaming other people for his failures – the media, the so-called ”deep state”, the Democrats, the Republicans who do not agree with him and people in his own administration.

It’s laughable, really, that President Trump is presenting himself as the candidate of “law and order” in the 2020 presidential campaign given his failure to solve the problems all of which have happened on his watch. It is as if, in his mind, someone else has been president during these past four years.  Worse, his record in office has not been one of a “law and order” president. It has been one of illegality and disorder. He has governed by Twitter and executive mandate — on immigration, foreign policy, health care, and environmental and economic policy. He defies Congress and the courts almost on a weekly basis.The people he has selected to be his advisors and in his administration, he originally has highly praised, but there has been an astonishing number of firings, departures, and even criminal convictions. But, even though he selected them, he acts as if he had no role in their selection and has been unwilling to accept any responsibility for it.

The president is clearly not bringing us law and order. He has failed to be anything resembling a law and order president. Why would any American voter now believe the same false campaign promises about law and order that he made four years ago?