A documentary,  The Social Dilemma, was shown the Sundance film Festival some time ago. It describes how data is collected and used from Internet and social media platforms like Facebook, Instagram, Twitter, and others. The documentary outlines the enormous quantity data and our personal use of it is being monitored and utilized. It also describes the intricate manipulation used to influence us. This manipulation of our human behavior and the collection of data is done for profit. The monitoring of the most detailed aspects of our use is frightening. This process discloses voluminous aspects of our lives from our personalities, interests, and viewpoints. This information is sold for profit to commercial or political interests. Not only is this information 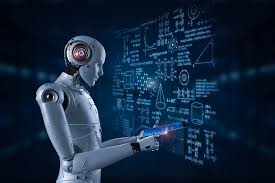 collected and  used to predict our actions but is also used to influence our actions politically and commercially. The software involved is continually improving its ability to do both. The buyers are primarily profit advertisers and those with an agenda including a political agenda.

One example of the consequence of social media programs is Facebook’s well known and frequently used feature, the “like” button. We might ask ourselves what could be wrong with letting our friends and their friends advise that they “like” something that was posted? Psychologically, however, it turns out that the quantity and nature of doing so motivates people to change their behavior and actions in order to attract more likes. This is particularly true of teenagers and pre-teenagers. Experts point out the impact on teenagers and preteenagers. They want to be considered acceptable or at least not a total loser by their friends at school. The responses to “like” in the world of the Internet can be a very big factor in their lives. The documentary advises that this feature is a big factor in why there has been such a spike in anxiety, depression, self-harm and even suicide by middle and high schoolers. They claim it is directly due to the social media addiction  and reaction by this group of youngsters.

According to the documentary there is also the enormous problem of fake news on the internet and these social media programs. It says that fake news now spreads six times faster than the factual news. Social media uses algorithms to take advantage of our interest in scandal and conspiracy. These are used to attract readers and the reading of advertisements. This explains the volume of conspiracy and other fake news flooding social media and the Internet. On top of that, they use artificial intelligence and sophisticated algorithms to continually improve the ability to take control, or at least significantly influence, our hearts and minds. The result is an increasing amount of false news and misrepresentations as well as conspiracy reports on the media. Worse, these computer-driven software devices are continually improving ways in which to keep us reading more and more advertisements by false news and other techniques. At the same time, they are gathering data to be able to predict our behavior and to influence it. To do so, they use algorithms which involve counterfeit news in order to reinforce beliefs or convince us of alternative realities. This is a part of the process of influencing our behavior for commercial purposes. What the blurring of fact and fiction will have on our democracy and our political system is frightening. As the documentary points out: “imagine a world where no one believes what’s true.”

This is of real concern as both political parties and foreign interests are again using social media and the internet to advance their purposes. Too often this involves false news, political misinformation and an increasing breakdown of truth. In a world where no one believes what’s true it is difficult, if not impossible for people to have rational discussions. If we can’t start discussions with agreeing on what’s true  with people we disagree with, society is in jeopardy because there is no basis for discussion and compromise.

The documentary also points out that artificial intelligence and algorithms used by social media platforms also undermine social relationships and cohesion. The ability of people to amicably intermix on a rational basis is impaired by misrepresentations and self serving tactics of these social media platforms.

Algorithms and their software programs are seen by the experts in the documentary as being more in control than the people who created them. As a result, they say that it is very difficult for social media companies to correct the these problems or spreading false news or the eroding of the concept of truth as well as manipulation of users. As the experts say “The algorithms are getting smarter and smarter every day. Today they are convincing people that the earth is flat, but tomorrow there will be convincing you of something else.”

These technology experts argue that governmental regulation is the only solution because the companies are motivated to self regulate given their profits.  They also suggest that users can take some steps to protect themselves which include: (1) turn off notifications unless there are things you need to know immediately such as texts or emails. Notifications motivate you to check your device more often than you should. (2) instead of perpetuating fake news use technologies to review the truth (3) uninstall apps that waste your time. Avoid mindlessly scrolling through platforms like Facebook (4) consider using search tools that do not collect and store your information the way Google does and (5) avoid watching recommended videos on YouTube which are tailored to try to sell you things. Pick your own content to watch.

Welcome to our new world of artificial intelligence.