I’ve delayed making entries while this website is being updated and the design improved. The work is not completed, but here’s an early update of subjects I’d like to comment.

My father, Paul Nicholas Luvera Sr. was born on March 25, 1898. He died in Anacortes, Washington on November 4, 1990 at the age of 92. I’ve published details of his extraordinary life many times. 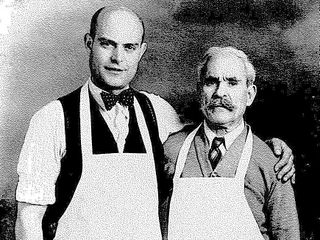 the son of Niccola and Fillippa Luvera. His father and oldest brother left for Canada where they worked for the Canadian Pacific Railroad installing tracks until they earned enough to send for his mother, oldest sister Janet and dad in 1910. They moved to Coleman, Alberta where he and his father worked in coal mines, then to Anacortes in 1918.

I had hopes of a new dawn in the politics of this country. I was thankful to be rid of the president, although he clings to the office like a drowning man looking like the sore loser he is. I wanted more. An end to the power mad one person rule of Mitch McConnell and the spineless bowing by Graham, Cruz and the other Trump trained seals. An end to the personal attacks, name calling and petty actions of a dishonest and dishonorable president. But, the polls were wrong again this election and the more radical wing of the Democratic party caused a loss in Congress, rather than a gain. Those Democrats who insisted on defunding the police, those whose “protests” were seen by others as riots and those who made demands for extreme government involvement in American lives did not win any support for Democrats.

Trump supporters remain convinced of their support and there are many good people among them. We simply have a substantial division of belief between us which I understand. What I don’t understand is the hate and anger from Trump supporters who endorse totally false claims of fraud and conspiracy rather than accept the loss. I’m hopeful we can return to honest disagreement and discussion again.  In the meantime, Trump lost by a lot. It’s time he stops whining about fairy tales of fraud and concedes while he moves out of the Whitehouse. At a minimum he owes the American people to advise president elect Biden a full security briefing and full cooperation on the transition.

I don’t know what the right solution is. If we follow the medical knowledge we can bankrupt the country. If we try a modification of it, we have a pandemic. The solution is a vaccine everyone is willing to take that works and it is available soon. Inslee and others are following the medical advice which is scientifically reliable so it’s hard to blame him, but the results are totally upsetting to normal lives.  All I know is that I am anxious for new national leadership on the virus instead of letting each governor decide what to do.