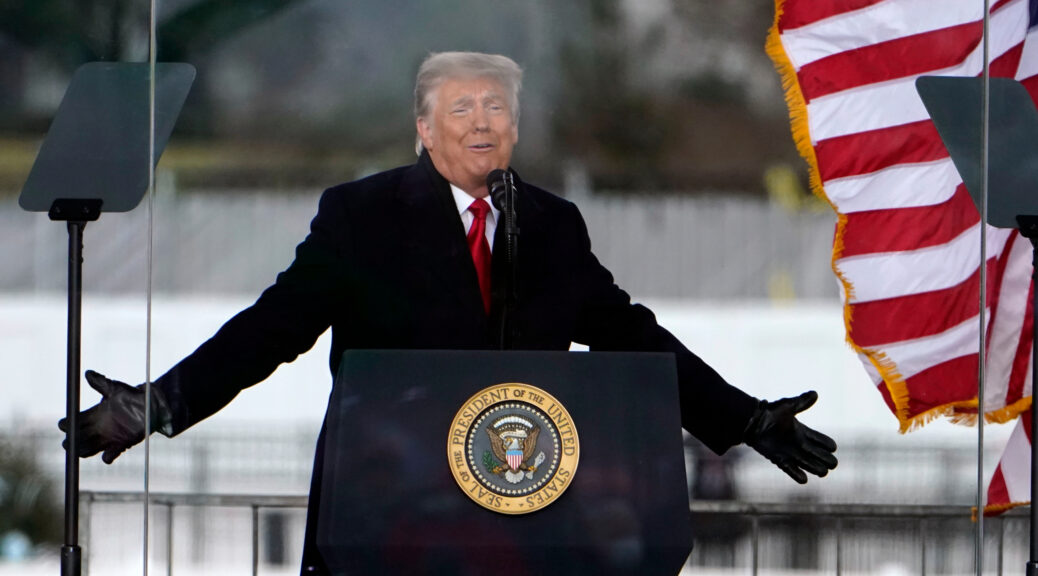 Republican members of congress who were incensed at the president for causing an out-of-control mob to march on the capital building are now quickly backing away from sanction or impeachment out of fear of Trump’s political power. Should he be convicted? Does the constitution provide for an impeachment conviction after a president has left office? Should anything be done or should we just move forward with our new administration?

It is clear the president was the instigator of inflaming a very dangerous uprising. He did it in flagrant violation of his role as president and in conflict with the balance of power provided in the constitution. The executive branch violates the constitution and the oath of president to uphold the constitution by instigating a mob attack on the legislative branch in session as a means of intimidating their political actions. President Trump did this in two primary ways. First, by his continuous volume of weeks of claims of gross fraud in an election he insists he won in the face of overwhelming proof  the claims are completely false. Second, in giving a clearly inflammatory speech to an unruly, threatening crowd assembled at the capital ready to march on the capital building. 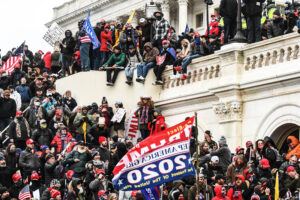 Worse it was intended to stop the electoral vote tally which was a purely non-discretionary function. In addition, he stood by while it was going on without calling for emergency intervention.

The president’s action was not just a political speech to a political crowd at ordinary political rally as Senator Rand Paul suggested. This rallying oratory was delivered to a rowdy crowd assembled at the capital. This president delivered it as a cry for action and the crowd followed this by invading the capital building. His deliberate culpability couldn’t be clearer.

I believe presidential conduct so recklessly endangering to legislators and grossly unamerican should be promptly and clearly declared a violation of the constitution and his role as president. However, there are legitimate issues about the senate’s constitutional power to  impeach and convict a president after he or she leaves office. Punishment on conviction is set out in Article II, Section 4 of the constitution, it only provides for removal office on conviction:

“The President, Vice President and all civil Officers of the United States, shall be removed from Office on Impeachment for, and Conviction of, Treason, Bribery, or other high Crimes and Misdemeanors.”

Article 1, Section 3 says the sole power to try impeachment is in the Senate. And specifically says:

“Judgment in Cases of Impeachment shall not extend further than to removal from Office, and disqualification to hold and enjoy any Office of honor, Trust or Profit under the United States: but the Party convicted shall nevertheless be liable and subject to Indictment, Trial, Judgment and Punishment, according to Law.”

Since 1800, Members of the House and Senate have introduced resolutions of censure against at least 12 sitting Presidents. The clearest instance of a successful presidential censure is Andrew Jackson. The Senate approved a resolution of censure in 1834. On three other occasions, critical resolutions were adopted. There is no history of impeachment after one is no longer in office.

While Article 1, Section 5 gives the house and senate power to “punish its Members for disorderly behavior, and, with the Concurrence of two thirds, expel a Member” it does not address the president and not one who is no longer in office. This raises serious issues about the constitutionality of the impeachment proceedings no matter how deserved. It can be argued that the constitution also allows a punishment of  removal “and disqualification to hold and enjoy any Office of honor, Trust or Profit under the United States” and therefore, the punishment includes disqualification to hold office again. This is all subject to interpretation by a U.S. Supreme Court Trump & McConnell have loaded with people who are expected to favor Trump.

Impeachment may not be an available constitutional remedy, but the president’s conduct must not be ignored or whitewashed. It requires a clearly declared violation of the oath of office. In addition, wrongs as serious as these also require the imposition of an appropriate punishment. At a minimum there should be a formal declaration by both houses that he violated the law and constitution as well as the oath of office of president. To fail to take appropriate action followed by an appropriate sanction would be a violation of senates duties of political office as well as gross political cowardice. The politicians who were cowering under the seats, but who now want to ignore it by hiding behind claims of “political unity” are hypocrites if they fail to take action.

As to cries to excuse his conduct for political unity, they are meritless. There is little possibility, short of a world war, to fully unite this country. The divisions are not just political. There is a significantly growing group of Americans who are anti-government of any kind. There are white supremacists and those who want to make America a “Christian” country through the passage of law. There are Trump followers who accept his conspiracy and dishonest claims without question. There is a growing group who believe conspiracy claims. We are political divisions, and divisions caused by big corporations, the rich and the powerful. These religious, political and economic divisions are not solved by giving the president a pass on this kind of conduct.

Our problems in this country are in large part due to the concentration of power and wealth in too few who control it. Too much wealth and power in an elite class in America only leads to economic and democracy injustice. Lord Acton said well in the 1800’s when he wrote “Power tends to corrupt and absolute power corrupts absolutely.” That applies to presidents, politicians and the wealthy either corporate or personal. Let the senate exhibit the courage to step up and clearly say by their actions “no one is above the law.”