In Philadelphia,  Kimberlie Webb, a practicing Muslim, worked as a police officer. Although she had worked as a police officer since 1995, it wasn’t until years later that she requested permission to wear a religious headscarf or hijab while in uniform and on duty. The headscarf, or hijab, is a traditional head covering worn by Muslim women. The police department denied Webb’s request, but she showed up at work wearing the scarf anyway. Her supervisors told her to go home. This continued for several days until Webb filed an EEOC complaint and came to work in her regular uniform. She was charged with insubordination and was suspended for 13 days. Webb sued, alleging her religio 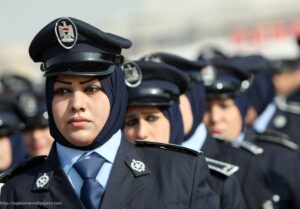 us practice should have been accommodated. The police department said police officers need to present themselves to the public as neutral officers of the state, ready to enforce the law fairly and evenhandedly without regard to the religion of victims or suspects. The court said that the police department’s policy took precedence. It also observed that there were no exceptions made for other religions, symbols or garb. Other police departments, here and in Canada have decided to allow it. It has been suggested that Sikh police officers be allowed to wear turbans just as Muslim officers be allowed hijabs to attract more diverse recruits and build a force that better reflects the population it serves. The debate includes the question of whether other public employees should be allowed to wear visible religious symbols.

There are few topics that are more controversial than immigration. There are valid arguments for loosening or strengthening immigration. The most common concern is immigrants’ seeming unwillingness to assimilate to American society. Many do not speak English, and prefer to live in enclaves populated by immigrants from their home countries rather than taking on the difficult task of weaving themselves into their new communities.  However, the naturalization process involves learning how our democracy works as well as our culture and history. That’s because if someone wants to become a citizen of this country, they are expected to know and become apart of American culture. The country is not made up of multiple islands of separate populations living in independent cultures. The condition of citizenship involves becoming part of our society.

That’s why, every year, immigrants from other countries —each with their own cultural history—become new citizens of the United States. To prepare for the language and civic tests and learn more about the naturalization process most attend citizenship classes teaching such matters as the number of senators and representatives in Congress and the roles of the legislative, executive, and judicial branches of government. They learn, for example, the significance of the national motto, E pluribus unum, which is usually translated as “Out of many, one”?  It has been argued that the essential precepts of becoming a citizen involve three primary criteria. First, they should accept English as the national language. Second, they should understand they need to live by a work ethic of self-reliant, hardworking, and morally upright. Third, they are expected to take pride in their American identity and believe in America’s liberal democratic and egalitarian principles. America is referred to as the great “melting pot” because it is a nation of people from other countries and cultures who have blended into a group of people with a common language, political system and national view point. They are blended by sociological or economic fact. At the same time, America recognizes the right of immigrant people who become citizens to maintain their cultural and historical traditions so long as they are not in conflict with those of America.  American’s have a first amendment right to wear religious symbols and practice their religion as they see fit so long as it doesn’t represent a safety hazard or interfere with the reasonable rights of others. However this issue involves the question of religious practice when asking to join public organizations like the police or military. 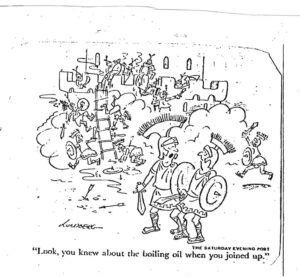 The controversy over the issue of immigrant assimilation into American culture should take into consideration that immigration is a voluntary act. Those who choose to ask to become U.S. citizens should, as a consequence., necessarily accept certain principles, including the elevation of individual rights over collective rights. As one authority put it:  “Unlike other countries, including those from which many immigrants come, rights in the United States are not defined by ethnicity, religion, or membership in any group nor can immigrants be denied rights because they are members of a particular ethnic, religious, or political group.”

As this issue I am reminded of the Italian proverb “Hai voluto la biciletta? Adesso pedala!”  The loose translation is “you wanted the bicycle. Now pedal.” If you want to join the police force you should be willing to accept the rules and the uniform unless they are unconstitutionally discriminatory. I say this as a first generation son  of immigrant parents. My Italian father arrived in this country and went through a lengthy process of learning English and becoming a naturalized citizen. My mothers family immigrated from Croatia. They were very proud to be Americans. In fact, dad flew the American flag outside our home daily. He preached to my sisters and me that this was the greatest country in the world and we were privileged to be living here. He taught us that we therefore owed a debt back to the community and country. I am very certain about how he would have reacted to this controversy. He would have put America first in deciding the issue.