A friend sent an article “The Bitter Heartland” by William Galston https://www.americanpurpose.com/articles/the-bitter-heartland/ who sees the dissent and protests of today due to a toxic class resentment. He writes:

“They” see “us” as presiding over a long-term decline in their quality of life without lifting a finger to help. Blue-collar wages have stagnated for decades; good jobs for which they are qualified have evaporated. Their suffering went ignored by elites in both political parties until Donald Trump emerged as their champion. 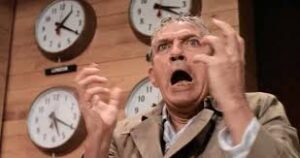 They fear falling even farther. (Behavioral economics tells us that losses sting more than gains please.) They do not understand why this is happening to them and are searching for an explanation, which only conservative populists bother to provide.

They have a sense of displacement in a country they once dominated. Immigrants, minorities, non-Christians, even atheists have taken center stage, forcing them to the margins of American life. The metropolitan areas we dominate—and that dominate the country—embody a way of life increasingly at odds with Americans in small towns and rural areas.

They believe we have rewritten the rules to rig the game against them. We have redefined success so that it is measured by test taking, which leaves them on the outside looking in. We have established a hereditary meritocracy based on our networks, resources, and inside knowledge of the rules. We tell them they should shape up and get with the New Economy, but never say how they are supposed to do that. They believe we have used our power for our own advantage, not to promote a common good that would include them.

They believe our claims to expertise are mostly bogus. Why did elites in both parties allow China to join the World Trade Organization on such favorable terms? Why did they plunge us into endless wars in the Middle East? Why did they cause the Great Recession and botch the recovery? Why have their medical experts changed their minds so often during the pandemic? President Trump was at his best, they say, when he ignored the experts and went his own way.

They believe that we deny their freedom and tell them how to live their lives. Why do we regulate the way they farm, fish, and hunt? Why do we prefer endangered species over their human families, shut down their businesses, and try to close their churches?

They believe we have a powerful desire for moral coercion. We tell them how to behave—and, worse, how to think. When they complain, we accuse them of racism and xenophobia. How, they ask, did standing up for the traditional family become racism? When did transgender bathrooms become a civil right?

They see us using the law to make them act in violation of their deepest beliefs—making the Little Sisters of the Poor cover contraception, forcing public schools to allow entrance to bathrooms based on gender identity. They believe we want to keep them from living in accordance with their faith.

They believe we hold them in contempt. They point to remarks by 2008 and 2016 Democratic presidential nominees as evidence.

Finally, they think we are hypocrites. We claim to support free speech—until someone says something we don’t like. We claim to oppose violence—unless it serves a cause we approve of. We claim to defend the Constitution—except for the Second Amendment. We support tolerance, inclusion, and social justice—except for people like them.

My reaction was the similarity of this analysis to the 1976 movie Network which won four Academy Awards and  starred Fay Dunaway, William Holden, Peter Finch and Robert Duvall. The plot features an aging TV anchorman, Howard Beale, whose ratings have been slipping and is fired. He reacts by announcing on TV he intends to commit suicide on the air. He becomes famous and the station gives him his own program to “tell the real truth” to the people of America. In a famous scene Beale wildly begins to tell the television audience:

“I don’t have to tell you things are bad. Everybody knows things are bad. It’s a depression. Everybody’s out of work or scared of losing their job. The dollar buys a nickel’s worth, banks are going bust, shopkeepers keep a gun under the counter. Punks are running wild in the street and there’s nobody anywhere who seems to know what to do, and there’s no end to it.

We know the air is unfit to breathe and our food is unfit to eat, and we sit watching our TV’s while some local newscaster tells us that today we had fifteen homicides and sixty-three violent crimes, as if that’s the way it’s supposed to be. We know things are bad – worse than bad. They’re crazy. It’s like everything everywhere is going crazy, so we don’t go out anymore. We sit in the house, and slowly the world we are living in is getting smaller, and all we say is, ‘Please, at least leave us alone in our living rooms. Let me have my toaster and my TV and my steel-belted radials and I won’t say anything. Just leave us alone.’

There are a lot of angry and resentful people. Perhaps it is from class resentment. Certainly there a lot of multi millionaires and even billionaires.  Corporations have been allowed to become monopolies and government has stopped functioning as intended by the Constitution. Clearly there are a whole lot of people who are “Mad as hell and not going to take it anymore.” The time has long arrived when we need to deal with it.