My maternal grandfather Peter (Petar) Babarovich died the year I was born – 1935. I was born on February 21st of 1935, but he died a month later on March 5th of that year. As a result, I never knew this unique man. Nonno Babarovich was born April 12, 1861 in the village of Splitska on the island of Brac in Croatia off the coast of Split in the Adriatic Sea. Peter was the second child  of his father, Ernest Babarovich and his wife Louise Setelich.  The family exported wine and olive oil which they grew in their vineyards and olive orchards. 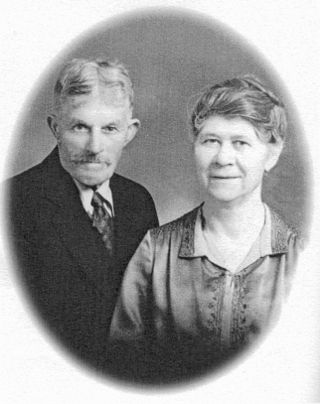 Peter married  my grandmother, Marija Mattia Vulic, who lived on the island, in 1888.  She was born September 21, 1863 and died August 8, 1953 in Anacortes, Washington They had seven children,  all of whom, except my mother Mary, were born in Splitska. Their children were: Mary Thelma, Anna Louise, Clara Jacqueline, Thelma Mary, Ernest Dominic, Nick and Catherine. Mother was born in Anacortes September 21, 1905 and died there December 7, 2000. For her history see:  (http://paulluverajournalonline.com/weblog/2008/07/mary-thelma-babarovich-my-mother.html)

What I know about my grandfather comes mostly from the information my oldest sister Phyllis collected and recorded. My grandmother did not speak English.  But, our cousin George E. Prelenda, had spent a summer with my grandparents and spoke the Slav language fluently. He shared a lot of background with Phyllis which she wrote as a history. George was a unique person himself. He was born in 1919 in South Dakota to my Aunt Anna Babarovich and her husband Nick Prelenda. George had graduated in Far Eastern Studies at the University of Washington and worked for the CIA where he specialized in Bulgarian translations.

The immigration of the Babarovich family from Brac to America was unusual.  Nonno’s brother John, the eldest son, had left for the United States in 1879 by being financed by his father. John was only twenty two years old when he left.  However, the family somehow lost contact with him after he left. They had no contact for ten years until a customer at their vineyards in Splitska told them he had dealt with John while doing business in America. He was able to provide his address there and the family wrote him. In 1901, John responded with money  for his brothers and some older children to come to America. After they settled, in 1902 they sent for my grandmother Marija, who, along with her five children, traveled with Peter’s brother, Spiro. In May of 1902 they left for America. John paid the cost for all of them. Their route was from Brac to France where they got on a ship. They landed in New York. At New York, they entered Canada and boarded a train across Canada to the West coast, making their way to Burlington,Washing
ton. John picked them up at the Burlington station with a wagon. He took them to Anacortes and then by boat to Sinclair Island where the brothers had a homestead. Peter and Marija’s seventh child, John, was born on Sinclair Island. Their children were: Mary, my mother, Thelma, Anna, Clara, Thelma, Ernest, Nick and Catherine.

After tiring of farming my grandfather Peter took the entire family on a scow rigged with a homemade sail to Anacortes. They settled at 1108 6thStreet in Anacortes where Marija ran a boarding house for Slav fisherman and Peter was a commercial fisherman. Their youngest child Mary, my mother, was born in Anacortes in 1905 It’s interesting that both Peter and Marija considered

themselves Austrians. Peter had served ten years in the Austro-Hungarian navy before he married. He kept a framed portrait of Francis Joseph I and his queen in the parlor of the Babarovich home. The kitchen in the old house on 6th street was huge. The house was rectangular in shape and two stories high. The pallor was kept for visitors and everything else happened in the kitchen. I have clear memories of that house, the huge garden alongside of it and the kitchen where there were always wonderful smells and food to eat. Peter supported the family from the garden and ocean. He caught crab which were sold and fished for both income as well as food for the family. They had chickens and a garden to feed the family. He rowed a boat to place his crab pots and to get around. Peter rowed standing up with a forward roll of his wrists. He had powerful arms and shoulders. They hunted duck and lived off the land in many respects. great mixing pot of the world.

Nonno Babarovich’s brother John is buried at the cemetery in Anacortes. On his tombstone it says “Known Among Men as Honest John.” All of the brothers, including Peter, my grandfather, had the same honesty and character. Peter was a simple man whose word was his bond and who asked nothing of anyone except a chance to make an honest living in his new country. Their children, including my mother, were of the same mentality – good, hard working, honest people who made this country so great as the great mixing pot of the world. It was a privilege to have been born into this family