The explanation for my failure to maintain this site is because of a medical issue. In early April  I was scheduled for an artificial valve replacement. This procedure involves replacing a defective heart valve with a manufactured one. The procedure is known as TAVR for “Transcatheter Aortic Valve Replacement.” It is done by inserting a artificial valve through an artery in the groin and into the heart to replace the defective valve. When successful, it is a matter of a few days at most of the hospital and returning to home for therapy. The procedure was done at 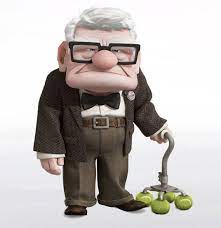 Virginia Mason in Seattle and was believed to be a success. However, within a matter of hours after surgery was complete, there was a complication with the transplanted valve leaking. The medical heart team had to return to the hospital. Late that evening I had open heart surgery to remove the artificial  valve and replace it with a bovine valve. In addition, a small pacemaker device was inserted in the heart as well. Since the rib cage has to be cut open in order to get at the heart for the surgery, it is much more serious a surgery and the recovery time and complications are significantly greater. After a period of a week in the hospital I was transferred to a rehabilitation facility in Gig Harbor where I spent several weeks. I have just returned home where I am getting home therapy and going through recovery. I have made significant recovery already, but I am still dependent upon a walker and getting in house therapy. Now, I suppose I am a medical example for surgeons.  That’s because I have artificial joints in both knees and artificial joints in both hips. In addition, I now have the surgically repaired heart.  The truth is that at 87 years of age I am glad to be alive. To all of you who offered support and especially prayers I am very thankful.