A lot has been written and published about the 1945 disappearance of five aircraft in what is known as the Bermuda Triangle. Five Avengers with fourteen airman flew off on a mission and were never seen again. This flight was designated as flight nineteen. Lots of speculation has been made about the mysterious jinx of the Bermuda Triangle and the disappearance of flight nineteen, but the actual explanation is very probably pilot error.

Bermuda Attractions has a well written summary of this mystery http://www.bermuda-attractions.com/bermuda2_000063.htmOn December 5, 1945 at 2:10 pm five TBM Avenger Bombers took off from the Naval Air Station at Fort Lauderdale, Florida. They were on a practice bombing raid and they had a specific pattern they were supposed to fly. It was a triangle shaped flight path, going first some 56 miles to some shoals where they were to practice bombing and then another 67 miles East toward the Bahamas. From there, they were to turn North for 73 miles and then turn back straight for the Naval base were they started from. 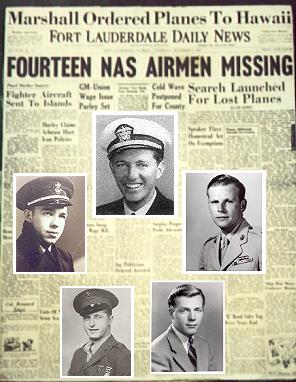 heavy 14,000 pounds each. Commander Lt. Charles Taylor led the planes and the other pilots were not as experienced but had between 350 and 400 hours of flight experience. Each plane had about six hours of fuel to fly.

After the planes took off from the base, the weather turned cloudy and rainy. The ceiling was about 2500 feet. The surface winds were 20 knots gusting to over 30 knots. Their radio progress was being monitored back at the base and about 3:30 pm Taylor reported to the base that his compass wasn’t working right. He said he thought they were somewhere around the Florida keys. As a result, instead of heading East he said he planned to head South. The base responded that he should turn North and fly towards Miami, but only if he was sure he was in the Florida keys area. Taylor didn’t do that.

It’s been concluded that Taylor wasn’t in the Florida keys area at all but instead, probably, over islands East of Florida and was disoriented as to their location. His compass was not malfunctioning as he supposed. The base overhead another pilot transmit "If we would just fly West, we would get home." Taylor rejected that recommendation, but, as it turned out, the other pilot was very probably correct and had they done that, they would have survived.

Around 4:00 pm a radio message was heard that was probably between Taylor and one of the other pilots in which Taylor indicated he was uncertain of his position and that of the Floria coast. The base tried to radio the planes but were unable to make contact.

By 4:45 pm it was clear to the base that Taylor was hopelessly lost but was still trying to fly North and then 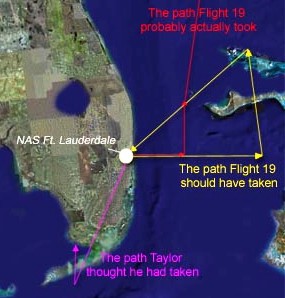 East again. The base instructed him to turn the control of the flight over to one of the other pilots. Taylor didn’t do that and continued his flight plan which was wrong.

By 5:50 pm the ComGulf Center picked the planes up on radar. But they weren’t able to make radio contact to tell the pilots their actual position which was East of where they should be. The weather worsened and it was getting dark. Waves were very large and rough. The planes were now very low on fuel.

It seems very clear Taylor had become disoriented and as he tried to fly back to the base instead led the other pilots further out to sea away from the mainland. It would appear from the transmission heard at the base that the other pilots had figured this out, but Taylor was obsessed with the mistaken idea he was right and refused to listen or turn over the lead as ordered. By the time they would have run out of fuel they would have been very dark in heavy seas far from land.

Taylor’s obsession that he was flying the right direction is a condition known as spacial disorientation which is where a pilot’s perception of direction does not agree with reality. It usually happens in poor visibility situations where the pilot has no land marks to guide him or her. A pilot with instrument rating is trained to ignore what they think and totally rely upon the instruments because, in this situation, the pilot becomes 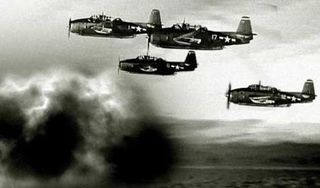 spatially disorientated and concludes the instruments are malfunctioning when they are not.

It’s been reported that while Taylor was an experienced pilot he had a history of getting lost while flying. At least twice during the war and on two occasions had to ditch planes when lost flying. He also was unfamiliar with this area of Florida and the surrounding islands. In it’s initial report the Navy blamed Taylor’s pilot error for the disappearance, but Taylor’s mother raised such an objection that the Navy’s final report was "reasons unknown."

There is a tragic twist to this already sad event. At 7:27 pm the base sent two martin Mariner planes to search for the planes. The plan was they were to meet in the search zone that was designated. One of the planes never showed up and has never found or heard from after leaving the base. This loss has also been attributed to the danger of the Bermuda Triangle. However, the most probable explanation is that the planes were known as "flying gasoline tanks" because they had a reputation for explosion and fire. In fact, a crew on a boat that night reported seeing a large explosion over the sea immediately after the second Mariner plane took off. There may have been a fuel leak that was ignited or some other cause of a sudden explosion of the plane.

While it is a temptation to plane some mysterious power of the Bermuda Triangle for these tragic events, it is very probable there are rational reasons for them. Nevertheless, it is an interesting story.