There are two trial lawyers in the past history of this country I have admired and studied. One is Earl Rogers of Los Angeles and the other Clarence Darrow.  For information about the great criminal defense lawyer Earl Rogers see Take the Witness by Cohn & Chisholm and Final Verdict written by his daughter Adela Rogers St Johns. 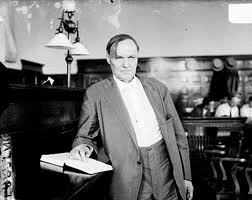 There are numerous books about Clarence Darrow. One of the more recent is The Last Trials of Clarence Darrow by Donald McRae. I’ve just finished this book. Here is a couple or excerpts from it.

Darrow was charged with attempted bribery of a juror during his defense of the McNamara brothers in Los Angeles. Earl Rogers defended him in his first trial, but Clarence made the final argument. Here is part of what he told the jury:

“I am on trial because I have been a lover of the poor, a friend of the oppressed, because I have stood by labor all these years, and have brought down upon my head the wrath of the criminal interests in this country… If you should convict me, there will be people to applaud the act. But, if in your judgment and your wisdom and your humanity you believe me innocent, and return a verdict of not guilty in this case, I know that from 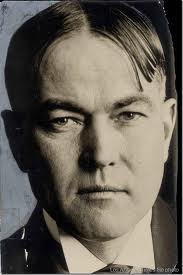 He and William Jennings Bryan opposed one another in the Scopes Tennessee trial. Bryan was a great orator and three time candidate for president of the United States. He was famous for his “cross of gold” speech in which he advocated a return to the silver standard.  Part of that speech was:

“The humblest citizen in all the land, when clad in the armor of a righteous cause, is stronger than all the hosts of evil…. We will answer demands for a gold standard by saying to them: you shall not press down upon the brow of labor this crown of thorns; you shall not crucify mankind upon a cross of gold."

Earl Rogers was amazing in his ability to cross examine and to recreate in the courtroom. Darrow was famous for his oratory. One is struck by how long Darrow would argue and by his ability to have people cry at it’s power.  In his Los Angeles case the judge and jurors were crying. In his defense of Ossia Sweet in Detroit he argued for seven hours over two days. The judge cried.