On this day,December 7, 1941 the Japanese bombed Pearl Harbor Hawaii and America entered World War II. I remember the day very well. It was a Sunday and I was in grade school. It seemed like time stopped that Sunday morning because all of the adults were in shock. If you remember President Kennedy being shot in Dallas and the reaction of people, you know what the reaction was back in 1941 to the news. It 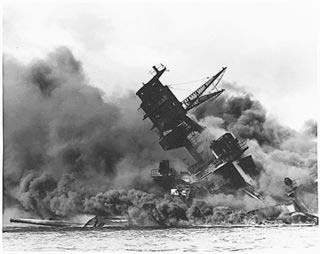 came to us not on television, television wasn't in use, but radio. The news came to us in the newspaper, but the instant news all came to us by radio. We also saw the news in film at the movies ﻿when there would be newsreels featured as shorts before the main feature played. During the 1930's and 1940's, especially during the war, much of the news was presented this way. These newsreels were The March of Time, Pathe News, Paramount news, Metrotone News and others. On this Sunday, everyone was glued to the radio listening for news of the bombing.

The war really had begun on September 1, 1939 when Germany invaded Poland and Slovakia followed by declarations of war by France and Britain, but Americans had hoped to stay out of that war and regarded it as a European problem. Once Japan bombed Pearl Harbor, America was at war. A war which did not end until September 2, 1945.

The attack on Pearl Harbor was a surprise military strike conducted by the Imperial Japanese navy against the naval base at Pearl Harbor. The air portion of the attack began at 7:48 AM Hawaiian time. A total of 353 Japanese planes in two waves attacked at Oahu. As the first wave approached it was detected on radar but a newly assigned officer decided they were the expected arrival of six B-17 bombers from the mainland and did nothing about the report.

Ninety minutes after it began, the attack was over. Some 2,386 Americans were killed and eighteen Navy ships were sunk or run aground including five battleships. All but two of the eight battleships that were damaged or sunk were raised, repaired and returned to service later in the war. The Japanese sufered the loss of 29 aircraft and five midget submarines. .

The war is so very real to me and the memories are clear. Unlike conflicts like Korea, Vietnam or our present military involvement which involved controversy, with World War II all of America, as a nation, 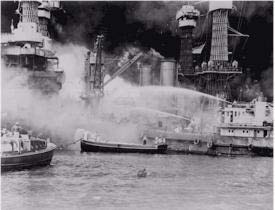 supported our involvement. We recognized that if Hitler were to prevail Germany would control all of Europe and would be an enormous threat to us. Within a matter of days, everything changed into war preparation. Young men were drafted into the service. Controls were soon introduced. I remember rationing, gas stickers on auto windshields for rationing gas, rubber was rationed so tires on cars had to last a long time. We even collected special rationing books for things like sugar, meat and other necessities. Nylon needed for parachutes became scarce and nylon stockings impossible to find. I remember school and community scrap metal drives. Savings bond drives and victory gardens are all very clear memories for me.

Some 60 to 80 million people died in this war, civilians and military. The military conflict took place everywhere in the world except North and south America. There were "gold star mothers," homes where 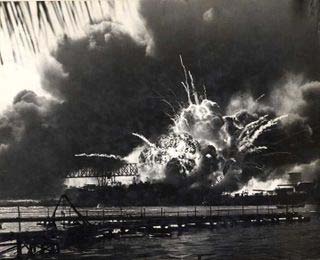 the window displayed one or more gold stars indicating that a son or husband had been killed fighting in the war. Some of the nation's finest young men were killed or injured during this war. I have seen the row upon row of white crosses at Normandy.

I feel a great debt to all who were involved in the war that protected our freedom. But, most people born after the war was over have, at best, a historical idea that there had been a war, but no appreciation of how enormous this was. There have been too many other wars and world events since 1945 so that few of this generation have any idea about what this war meant or what it was about. ﻿﻿﻿﻿Nor do they appreciate generations of young men seventeen to twenty five years old killed during this terrible war.

Here's to the forgotten war and the heros who served in it.