The memorial for my sister Phyllis was held on Saturday January 19th at 6:30 pm at the Anacortes  Public Library. Lita and I drove from Gig Harbor to Anacortes to attend 5:00 pm Mass at St Mary's parish for Phyllis.  I had also arranged for a previous Mass to be said as well. I don't know what reaction Phyllis would have had if she knew my plans for having Mass said for her, but it was something I needed to do for her.  After Mass we went  to the memorial. Her three daughters had arranged it and it was a wonderful celebration of the life of this very bright, 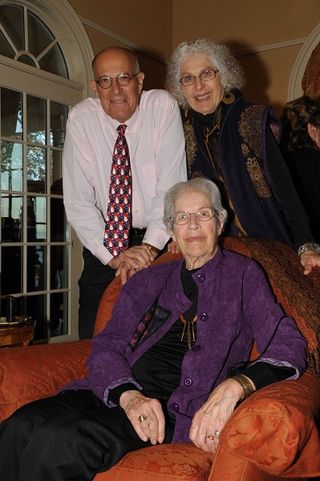 independent and unique woman who I was  privileged to have had as a sister. There was a large turnout of people including  friends, family and people from the teaching profession including the superintendent. All of my children and virtually our entire remaining family were in attendance. My daughter Diane came from Arizona and my son Nick from California. My son Michael drove from Ellensburg and daughter Elizabeth from Vancouver. I was pleased my sister Anita and I were sitting next to each other.

This  was truly a celebration and it was very well done. Her daughter, Mary Davis, had written an excellent description of her mother which was read. I spoke about Phyllis and friends, fellow treachers and my daughter Susan Chiabai all participated.  The music  selection was perfect and well performed.

Bret Lunsford was the monderator who did a fine job. Mary's husband Jeff also participated. Phyllis would have been amazed at all the people who were there to  honor her and flattered by what was said about her. What struck me were the people who remembered small acts of kindness she had been responsible for and words of encouragement given as well as exhibiting a caring attitude. Random acts of kindness are powerful.

There were many people in attendance I had no seen for along time. In retrospect I wish we would have planned to spend the night in Anacortes instead of driving back and forth from Gig Harbor so we could have spent time at the reception after the service. There were people there I had not seen in years and very  probably won't see again in this life. All of us were there because of Phyllis. it was a privilege to have been born into this family with extraordinary parents and sisters. May she rest in God's peace.