Most Americans were shocked or at least surprised to learn about the extensive surveillance by the government of our private phone and Email communications. We learned of the full participation of Congress and of the Bush as well as Obama administration in condoning the practice. Those of 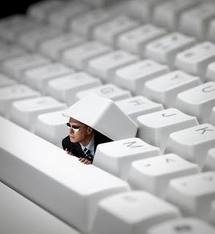 us who voted for Mr. Obama (in my case two times) remember his previous words when running for office:

“Mr. Bush…puts forward a false choice between the liberties we cherish and the security we demand. I will provide our intelligence and law-enforcement  agencies with the tools they need to track and take out the terrorists without undermining our Constitution and our freedom,” Mr. Obama said in an Aug. 1, 2007, speech in Washington.

But, under the Terrorist Surveillance Program (TSP) which became the Foreign Intelligence Surveillance Act (FISA) the Bush surveillance program was secretly continued by Mr. Obama with full cooperation of most members of Congress.

So, what’s the justification for this violation of our constitutional rights? Well, the CIA on its website https://www.cia.gov/library/center-for-the-study-of-intelligence/csi-publications/csi-studies/studies/vol51no1/fair-play-the-moral-dilemmas-of-spying.html
has this to say:

“Not long before he embarked on his ill-fated espionage mission in 1775, Nathan Hale
purportedly told a friend who thought spying was disgraceful that “Every kind of service necessary to the public good becomes honorable by being necessary.”

Practitioners however will not get conclusive guidance from the great philosophers, theologians, and political thinkers. Those eminences from the Great Books canon—as quoted in Olson’s second chapter—run all over the moral map, from Machiavelli (“No good man will ever reproach another who endeavors to defend his country, whatever be his mode of doing so.”) and Cicero (“In times of war, the laws fall silent.”) to Kant (“Among these forbidden means are…the appointment of subjects to act as spies…or even employing agents to spread false news.”) and Pope John Paul II (“…human activity cannot be judged morally good…simply because the subject’s intention is good…”). As Olson points out, “If you pick the right theologian or philosopher, you can defend almost any position….”

So, that’s it. The CIA takes  Machiavelli’s position that the ends justify the means argument. All acts that are good of the nation are permissible. In his book, The Prince (1537), Italian writer and politician NiccolóMachiavelli wrote that “in the actions of men, and especially of Princes, from which there is no appeal, the end justifies the means.” That’s the position of Congress and our president. But, the inescapable fact is that when you live in a society of laws, the goals of government do not justify illegal means of accomplishing them. Anyone who learned logic knows is what is called a “straw man argument.” It is a very slippery slope to accept a principle that government may violate its own laws, ignore constitutional rights and act in unlawful ways by justifying it on the basis it is for a
greater good. We either are a nation of laws whose people are protected by inherent rights or we aren’t.

This fact is true whether we are talking about eavesdropping on private person’s communications or assassinating people by unmanned drone or using torture to extract information or any other immoral and unethical acts of conduct. Once we cross the moral line we are no better than any radical group
acting in the same way with the belief the ends justifies the means.