I’ve not done a very good job of describing our experience in the Maldives. In fact, I’m not totally sure of the accuracy of sequences I report as things began to blurr at this point. When I get home I’ll review again. Please excuse my typos as well given the hour I post things. I described the ordeal of a very long flight from China and the series of transportation steps involved ending with our crossing extremely rough water to land in the islands in a torrential downpour. We were happy to get to bed that night thoroughly exhausted.

The next day the weather had improved but it was hot and humid. We had a separate Villa like room near the beach with a swimming pool. Our activities in the Maldives consisted of relaxing, reading and not doing very much. The other people on the tour were involved in a number of water activities. This is a tremendous place to go scuba diving and exploring water activities. We did none of this and instead just relaxed. On our last day there was a cocktail party 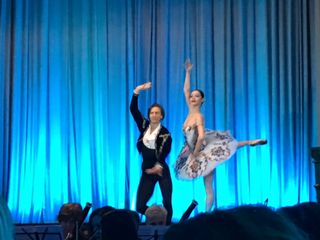 reception on the beach. That was the most activity we did well staying in Maldives which remain hot and humid while we were there.

Leaving the Maldives was a lot easier than getting there. We left by boat to a platform located a long-distance out into the calm ocean where there was a large float plane waiting for us. We boarded that aircraft and flew to the largest floatplane airport in the world where we were transported to the main airport and cleared security. We were driven to our waiting airplane for our flight to Kilimanjaro and the Serengeti national Park in Afica.

The trip to the Four Seasons game resort was almost as bad as the trip to the Maldives. After landing we were transported to a commuter plane. After an hour flight this large airplane landed on a dirt runway where there were numerous resort vehicles waiting for us to transport us to the four seasons resort in the Serengeti national Park. The drive getting there was an ordeal because the driver, and in fact all of the drivers, drove at a speed which was suitable for a paved highway but which was in fact an extremely bumpy dirt road which jarred everyone in a continuous rattle all the way to the resort which was over a one hour drive away. However, there were a lot of animals to see on the way of all kinds. We arrived about 6:30 but there was a change in time and we had actually been in the process of travel for many hours by the time we arrived. We had dinner and went to bed exhausted.

The next day he went on a morning game drive. In this part of Africa there are numerous herds of animals in large numbers. There were large herds of zebra and many other animals. We saw antelope, gazelle, giraffe, hippopotamus, warthog, Wildbeast, Cheetah, hyena, jackal, leopard, lion, baboon, and other animals. We returned to the lodge about noon and to have lunch. The afternoon generally became overcast and then it would rain which passed. That night we had dinner with local men dancing & singing.

The next day we went on another game drive and in addition to the other animals found large herds of elephants and a variety of animals including lions. We have taken a number of photographs. That night there was a farewell dinner for the group with with local dancers dancers and musicians. It was a very nice evening of dinner and entertainment.

The next year morning we returned ion the same road, but at a slower speed to look at animals. We got on the commuter at the dirt runway & from primitive Africa we flew to the Renaissance city of Florence Italy. We actually landed in Pisa and from there were transferred in a one hour plus ride to Florence where there is a beautiful Four Seasons Hotel with a large garden area of many acres. The hotel is beautiful with grand chandeliers and elaborate Italian style architecture. It was a former monastery.When we arrived we were greeted by hotel people inItalian costumes playing music with a lineup of staff welcome us. It was quite a greeting. Inside there was a lavish display of food and drink.

The next day we took a shuttle into Florence where we were dropped off near large square. Lita explored and shopped while I walked to the main square and watched all the people who were parading through the area. There was a large carousel operating and people playing music as well.

After spending time there we returned to the hotel for a wonderful lunch and spent time in the garden area of the hotel. We had dinner in the hotel that night which was great.

The following day we took the shuttle again and from there we walked a long distance towards the bridge which has all of the gold shops on it. The Ponte Veccia bridge has a continuous series of small shops selling jewelry and primarily gold. Unfortunately the crew ships have arrived and the streets are like downtown Hong Kong with wall to wall people. After stopping for a quick and not very good lunch we walked the bridge. We went into a couple of shops but bought nothing. We got a taxi back to our hotel where we sat outside in the garden area and had a cup of tea while enjoying the good weather.

In a short time however it became overcast and there was a downpour but we were safely in our room. That night we went to a recommended restaurant the tour recommended which was a huge disappointment in that the food was only average and the surroundings pretty ordinary. It was a not a wonderful experience and in fact one of the people from tour meeting there had her purse stolen that night in this restaurant. Not a recommended place to eat.

After enjoying Florence it was time to depart for Russia. We left on Sunday morning for the drive back to Pisa. Our flight from Italy was heading to St. Petersburg Russia.We arrived at the airport in Russia and were transferred to the hotel at 4 o’clock in the afternoon. Here in Russia we were met by a staff and inside there was some music and a small reception but nothing compared to the receptionin Italy.

The tour group went to a museum the following morning but we got a car and driver because of the problem of my being able to walk with large distances the group was going to walk. We took the car to Catherine’s Palace. This beautiful summer Palace is over two football fields long. I walked the entire distance to the entrance At the far end with our Gide who was with us and we walked from room to room the entire length of the building back to the other end. The interior was beyond glorious with gold and elegant decorations everywhere. One room was completely covered wall to ceiling with Amber Stone. It is difficult to describe the amount of gold & elaborate decorations and the beauty of this palace. At the end where we exited was another flight of stairs down which I had to negotiate and then walk several blocks back to the car. By the time I arrived at our car I was exhausted.

The weather was warm and sunny however and it was a beautiful day. That evening there was a Russian extravaganza. In a large ballroom they had set up table after table of wonderful food hors d’oeuvres caviar and dinner of fish or meat of every kind. Table settings were beautiful and the food extraordinary. Stages been set up and after dinner a group of Russian musicians appeared and begin to play. That was followed by a large number of Russian men and women who came down the stairs singing and when they reached the stage began Russian dancing which is extremely aerobatic. There were nine or 10 women dressed in Russian costumes along with an equal number of men dressed as Russian dancers who sing dance and entertain. They would in sequence leave the stage and come back dressed differently and perform different stances and singing. It was incredible and it lasted for over two hours. They selected people in the audience to come up on stage and dance with them including Lita who did a very good job of keeping up as well as dancing. It was very entertaining and a great evening. We went to bed pretty exhausted that night but very happy.

The next morning we boarded vans for the one hour drive to the airport. From there a six hour flight to Morocco and on to Boston where our trip ends. Stay tuned.